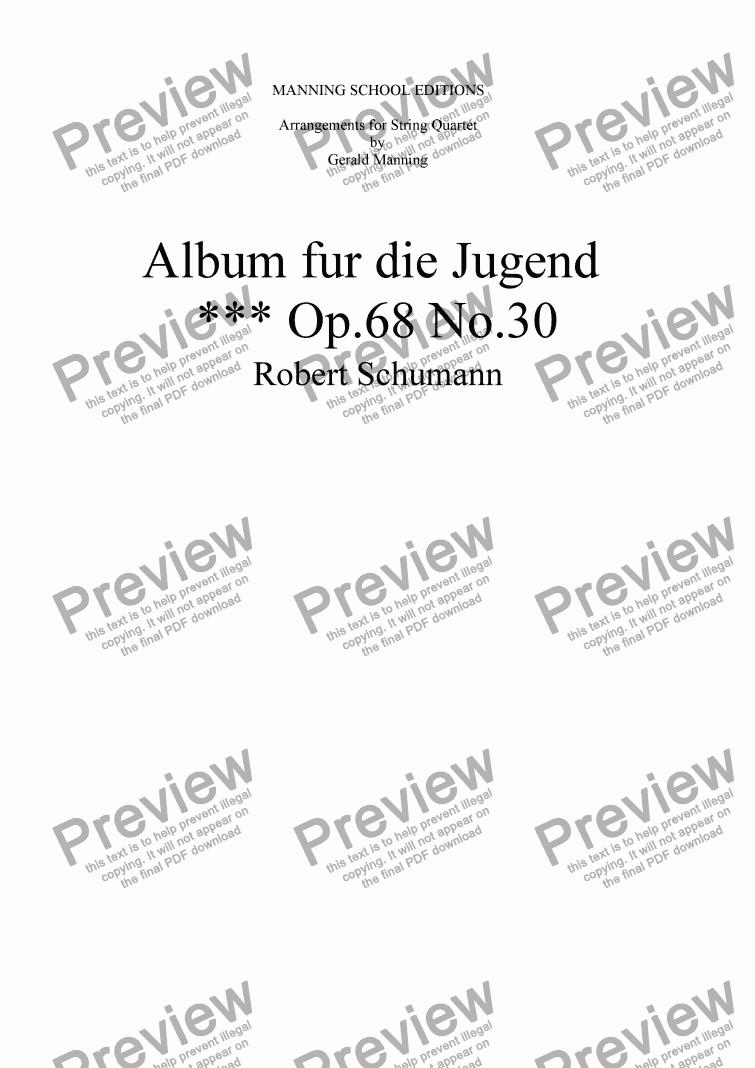 Schumann�s background had all the potentiality of a man of letters. Brought up amongst books, he developed strong literary tastes. His father, a bookseller and publisher, was helped by his young son at the age of 14 who made a contribution to a work published by his father called �The Most Famous Men of all Countries and Periods�. At 17 he was writing poetry and setting his poems to music. He has come to be regarded as one of the greatest composers of the German �Romantic School�; his music is full of emotion, beautiful sound and fanciful ideas and he was often referred to as �the literary man as musician�. His output for his short life was vast; symphonies, incidental music, concertos, chamber music, choral works with orchestra, songs etc., but his literary influence and contribution which pervaded his piano literature for his young students is immense, especially in his Album fur die Jugend (1848), Three Sonatas for Young People (1853), Kinderszenen (1838) and various duets.