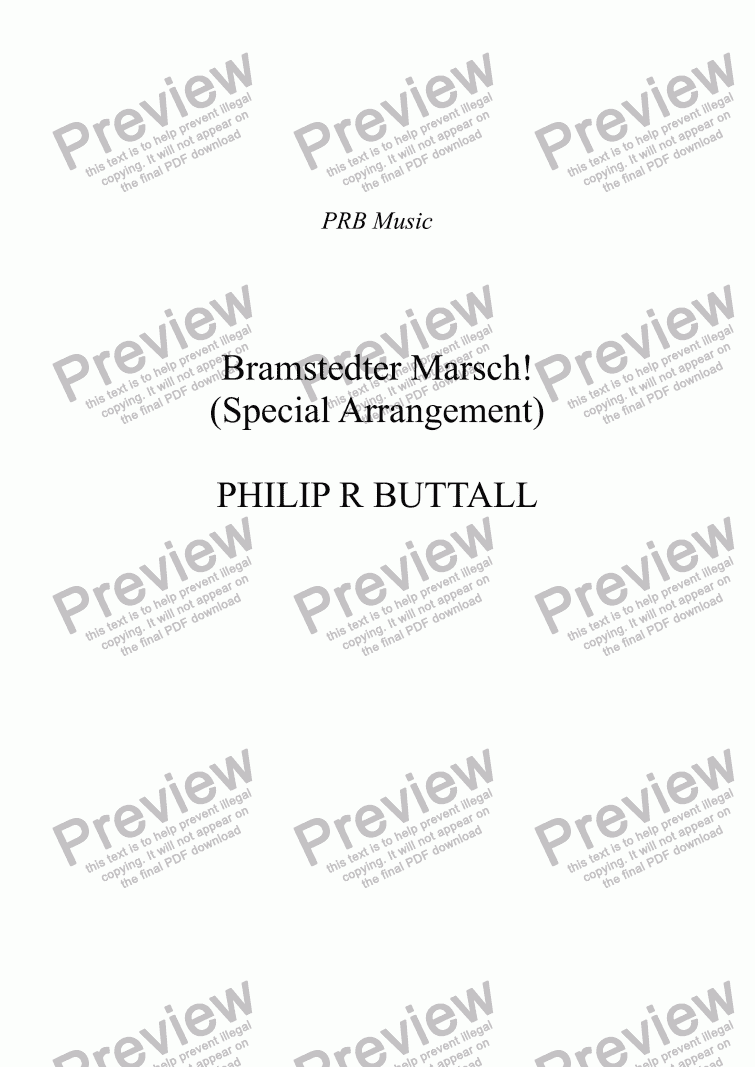 Bramstedter Marsch! was originally written for solo flute and clarinet, with piano accompaniment.
I was originally asked to arrange it for Wind Band, and this has been available for some time. It is very similar to the original, with a little tweaking of the repeats.
A while back, after the wind band version appeared on CD, on the Editions Marc Reift label in Switzerland, where the full score is also published, Peter, my long-standing friend in Bramstedt, was contacted by a local wind band in the area - the Twistringer Blasorchester from Twistringen, a place known to me only because the local train I needed to catch, when in Bremen, only stopped at Bramstedt ’International’, if it was going on to Twistringen!
The Twistringer Blasorchester, shown in the picture, doesn’t have quite the full range of instruments for which I’d originally scored the Wind Band version, as well as one or two ’oddities’ which we don’t tend to get here in the UK, for example, tenor horns in B flat and C. Also, the solo flute and clarinet parts were more suited for ’guest’ players, than rank and file band members.
So, this ’special’ arrangement is scored specifically for the Twinstringen musicians, there are no solo parts now, as I’ve simplified and incorporated most of their lines into the main score, and there is a little ’surprise’ at the end of the Trio, when the main Bramstedt tune returns. I have still kept the original folk-tune for the middle section.
The attached MP3 file is courtesy of Garritan Personal Orchestra - Sibelius Edition, until such time as an actual live recording can hoepfully be made by the Twistringer Blasorchester.