VIVALDI, A.- "The Four Seasons" - Concerto No. 4 in F Minor: L'Inverno ("Winter") - arr. for String Quartet by Gerald Manning 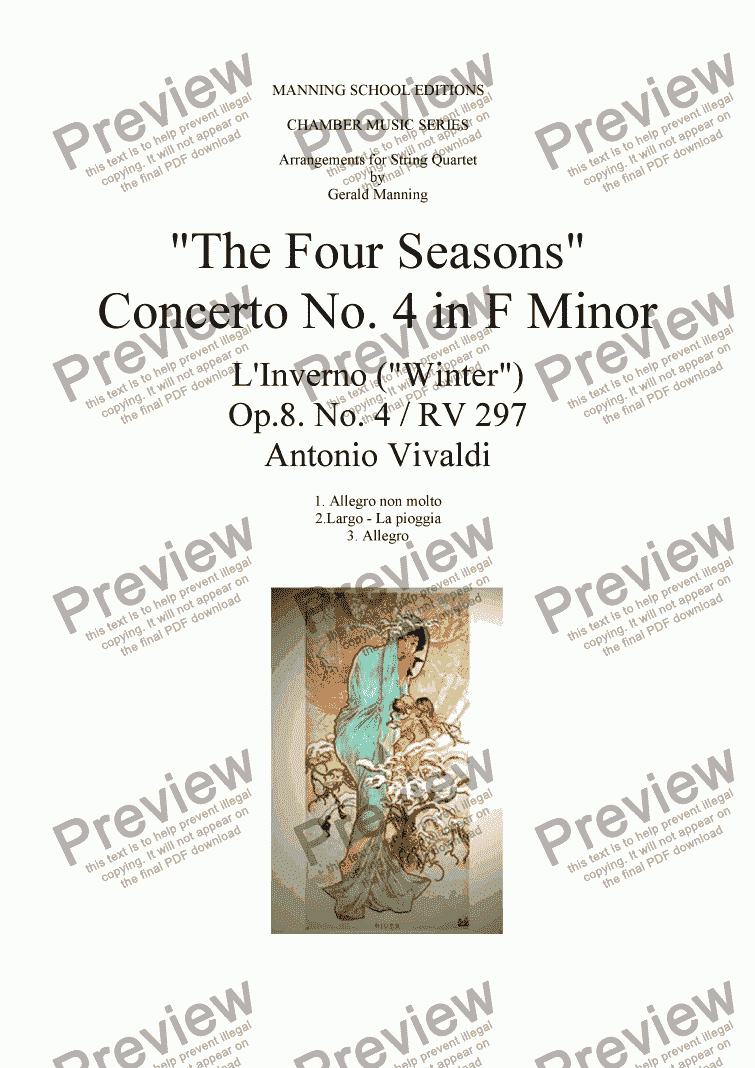 Antonio Vivaldi was a consummate artist and musician in every sense of the word; he was one of the most celebrated violin virtuosi of his time, and according to one observer who was present at one of his concerts where his violin solos at intermissions became legendary observed that Vivaldi � made his fingers jump to the point where there was only a hair�s breath between them and the bridge. He did this while playing imitative passages on all four strings at incredible speed� His reputation as a virtuoso violinist outstripped his reputation as a composer, but that is not to say his contemporaries did not appreciate his genius in composition, for the great man himself, Johann Sebastian Bach arranged a great deal of his music for the organ and other instruments, and although Vivaldi cannot be credited for inventing ritornello form, he did however establish it as the norm for concerto fast movements, and further more he instituted the standard three-movement (fast-slow-fast) concerto structure. Although his considerable output as a composer included 38 operas, cantatas, motets and works in various other genre, it is through his violin concertos, which were widely known and studied in Germany and other countries, that he is best known today, although what is less well known is that the four violin concertos known as �The Four Seasons� come from the eight concertos which make up the Op. 8 collection, and these violin concertos contributed to the expansion of violin technique. 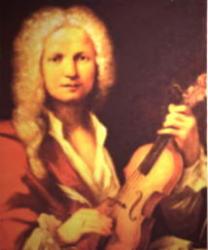 Reviews of VIVALDI, A.- "The Four Seasons" - Concerto No. 4 in F Minor: L'Inverno ("Winter") - arr. for String Quartet by Gerald Manning