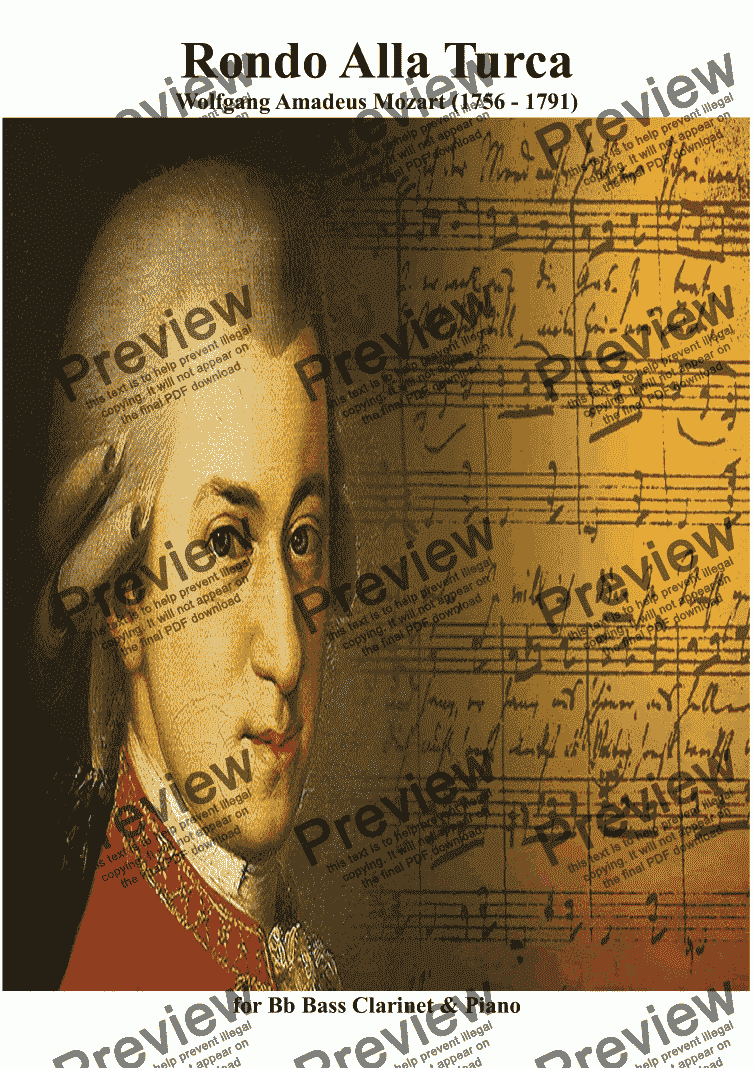 Composer
Wolfgang Amadeus Mozart (1756-1791)
Year of composition
1783
Arranger
Robert Kile
Publisher
Music for all Occasions
Difficulty
Difficult (Grades 7+)
Duration
2 minutes
Genre
Classical music
License details
For anything not permitted by the above licence then you should contact the publisher first to obtain permission.

The last movement, marked Alla turca, popularly known as the "Turkish Rondo" or "Turkish March", is often heard on its own and is one of Mozart's best-known piano pieces, it has been arranged here for Bb Bass Clarinet & Piano.

Various other works of the time imitate this Turkish style, including Mozart's own opera Die Entführung aus dem Serail. In Mozart's time, the last movement was sometimes performed on pianos built with a "Turkish stop", allowing it to be embellished with extra percussion effects.[citation needed]

The third movement is a rondo in the form A–B–C–D–E–C–A–B–C–coda, with each section (except the coda) being repeated.[citation needed]