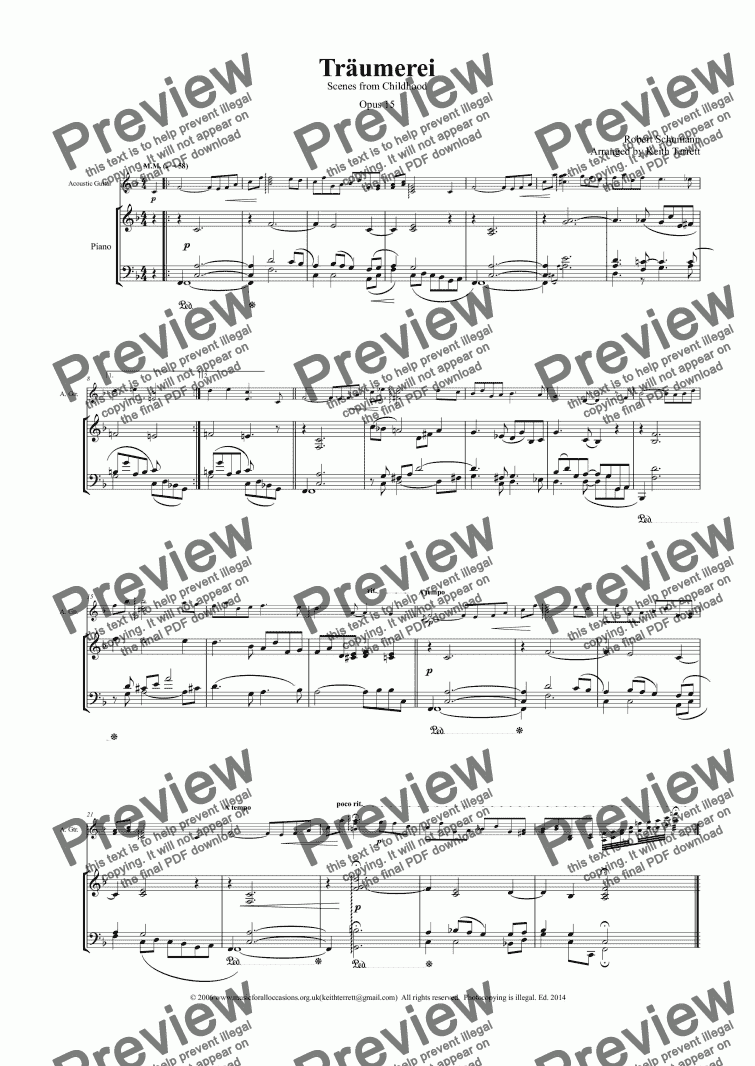 An arrangement for solo Guitar, of Schumann’s Traumerei.

Kinderszenen (German pronunciation: [ˈkɪndɐˌst͡seːnən]; original spelling Kinderscenen, "Scenes from Childhood"), Opus 15, by Robert Schumann, is a set of thirteen pieces of music for piano written in 1838. In this work, Schumann provides us with his adult reminiscences of childhood. Schumann had originally written 30 movements for this work, but chose 13 for the final version. Robert Polansky has discussed the unused movements. Nr. 7, Träumerei, is one of Schumann's best known pieces; it was the title of a 1944 German biographical film on Robert Schumann.Träumerei is also the opening and closing musical theme in the 1947 Hollywood film Song of Love, starring Katharine Hepburn as Clara Wieck Schumann.

Schumann had originally labeled this work Leichte Stücke (Easy Pieces). Likewise, the section titles were only added after the completion of the music, and Schumann described the titles as "nothing more than delicate hints for execution and interpretation". Timothy Taylor has discussed Schumann's choice of titles for this work in the context of the changing situation of music in 19th century culture and economics. 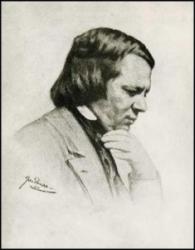