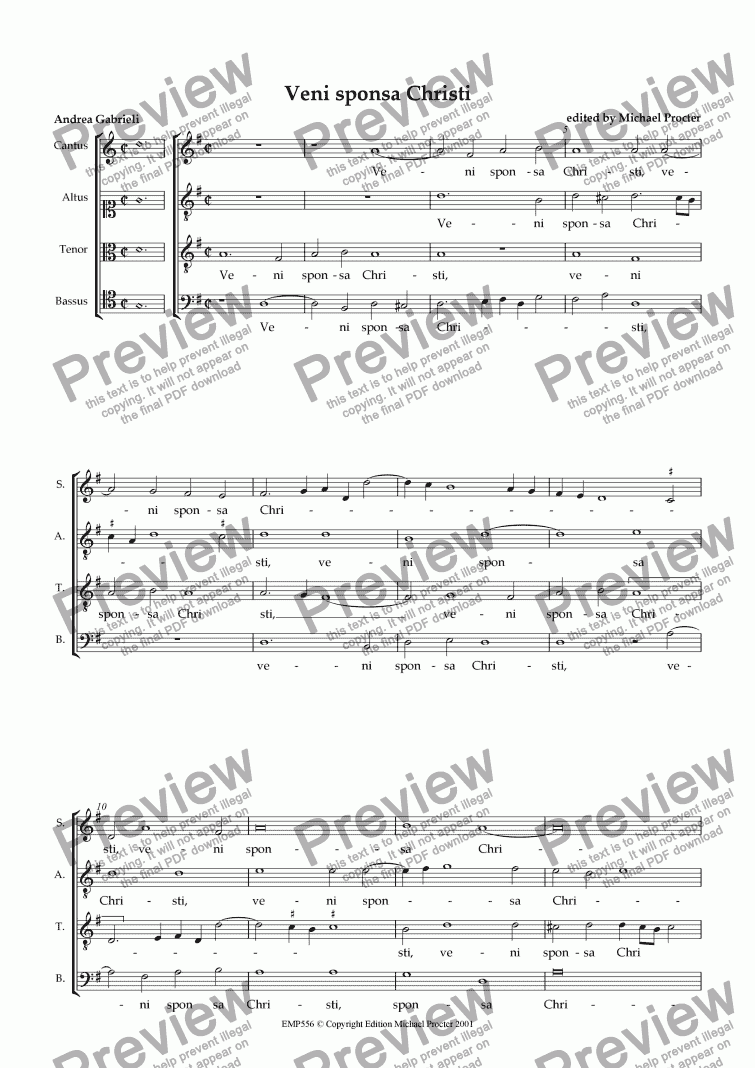 This is one of the pieces from Gabrieli's 1576 collection 'Ecclesiasticarum cantionum omnibus sanctorum solemnitatibus deservientium liber primus'. Just as with the Cantiones Sacrae liber primus and the Primus Liber Missarum the hope of a second or further volumes was in vain. Gabrieli only published four volumes of sacred music during his lifetime, with a fifth, the great Concerti, being published shortly after his death by his nephew Giovanni. It could be argued that he was too occupied with the day-to-day business of his post as Maestro di Capella at St. Mark's, or perhaps he was simply reluctant to publish, for little even of his instrumental music - for which he was very celebrated during his lifetime - went to press before his death.

Veni sponsa Christi appears frequently, as Alleluia Verse or as an Antiphon, especially in the liturgy for Virgins. Scoring TrSAT here down a 4th.

Come bride of Christ, accept the crown which the Lord has held ready for you in eternity.