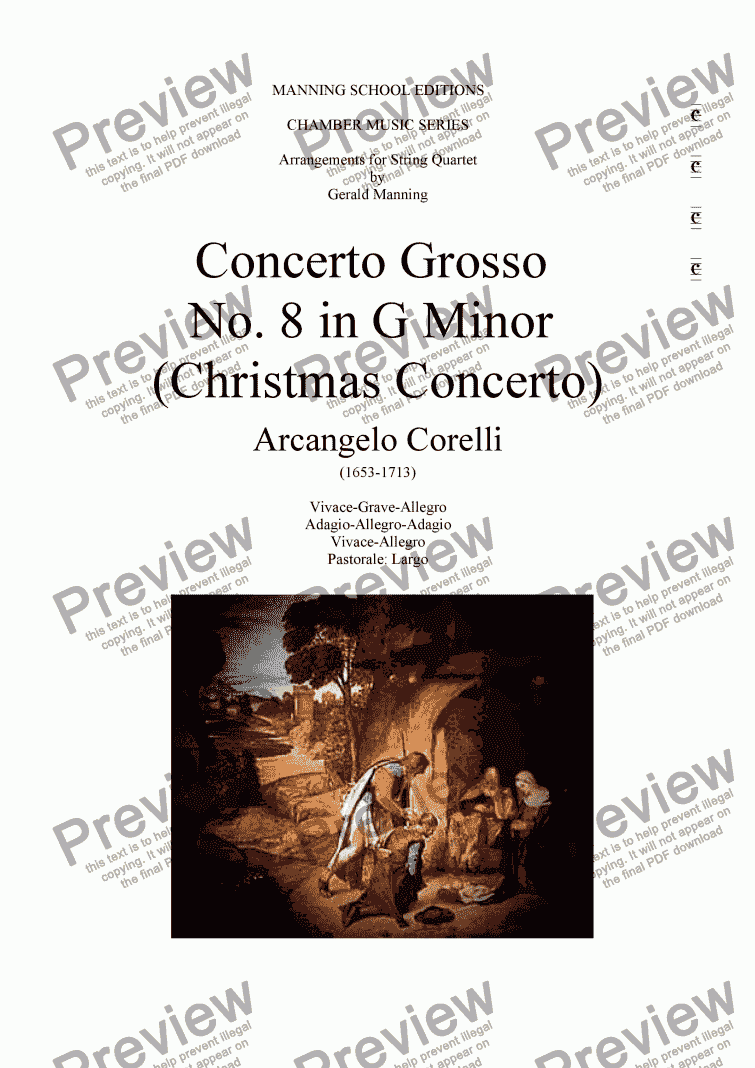 The 12 Concerti Grossi of Corelli are unique in that they are divided into two unequal groups and both groups contain variations of form. The first group of eight Concerti known as the �Church Concertos� because of the serious nature of their musical content are followed by the four �Concerti da camera�, which clearly delineate the character of the French orchestral Suite in a celebration of the �Dance�. Of the twelve works only two are in the minor mode the remaining ten Corelli sets in the major. The two Concerti in the minor keys are No. 3, C minor, and No. 8, (known as the Christmas Concerto) which is in G minor, and both works were probably composed for the two momentous occurrences in the Church Calendar namely Easter and Christmas. Without access to the original manuscripts, which have been edited by Pepusch, the violinist Joseph Joachim and musicologist Friedrich Chrysander among others, tempi and bowing articulation�s cannot therefore, be regarded as reliable and faithful to the composer�s meanings and intentions; dynamics are editorial suggestions only and Ensembles� should insert their preferences regarding interpretation during rehearsals. 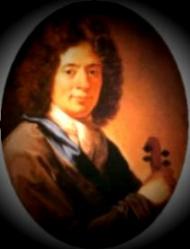 Reviews of CORELLI, A. - Concerto Grosso No. 8 in G Minor (Christmas Concerto) - arr. for String Quartet by Gerald Manning