By: Anatoly Lyadov
For: Solo instrument (Piano)
This music is in your basket
View basket
Loading... 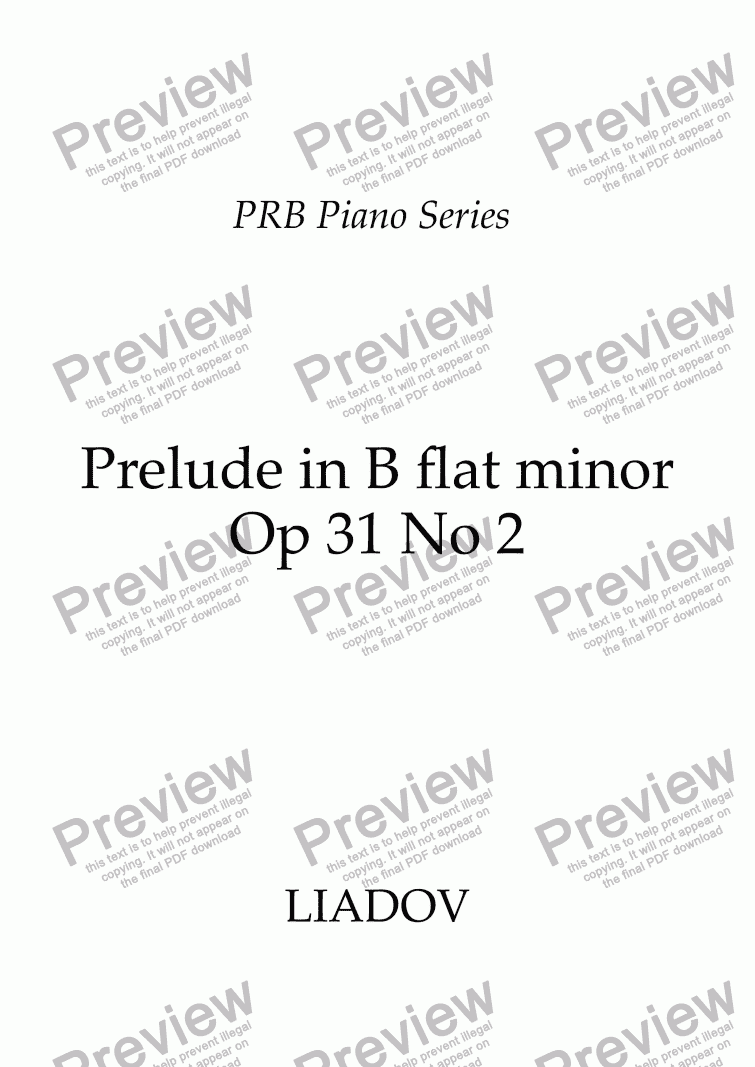 Composer
Anatoly Lyadov
Year of composition
1893
Publisher
PRB Music
Difficulty
Difficult (Grades 7+)
Duration
2 minutes
Genre
Classical music
License details
For anything not permitted by the above licence then you should contact the publisher first to obtain permission.

Anatol Konstantinovich Lyadov (the last name is often spelled "Liadov") was the son and grandson of noted conductors who led musical ensembles at the Mariinsky Theater and the St. Petersburg Philharmonic, respectively. The young Lyadov showed exceptional talent and was admitted to the Conservatory. While admiring his native talent, his main teacher, Nikolai Rimsky-Korsakov, was forced to expel him for unexplained absences. He was later permitted to take the graduation exams, and passed them easily. He became a noted professor and ethnomusicologist (publishing over 120 folk songs). He married in 1884, a match that gave him considerable wealth and a large estate at Polinovka.

His music is beautiful, exceptionally skilled and imaginative, with an impressionistic mood (though not the Debussyian style that word usually denotes). He was said to be shy and diffident. Either because of exceptional lack of confidence or laziness he was incapable of completing more than a few large-scale works. He wrote some piano pieces and songs, a few choruses, and about a dozen small but evocative orchestral works, some of which were fragments from his unfinished opera Zoryushka. His inability to finish a commission from Diaghilev to write the score for a ballet, The Firebird, led, famously, to its being given to the young Igor Stravinsky and launching that composer to international fame.

This short Prelude in B flat minor (1893) is a lovely miniature, and would make a fine little encore, or perhaps second encore after some fireworks. It's reminiscent of Chopin's haunting E minor Prelude.