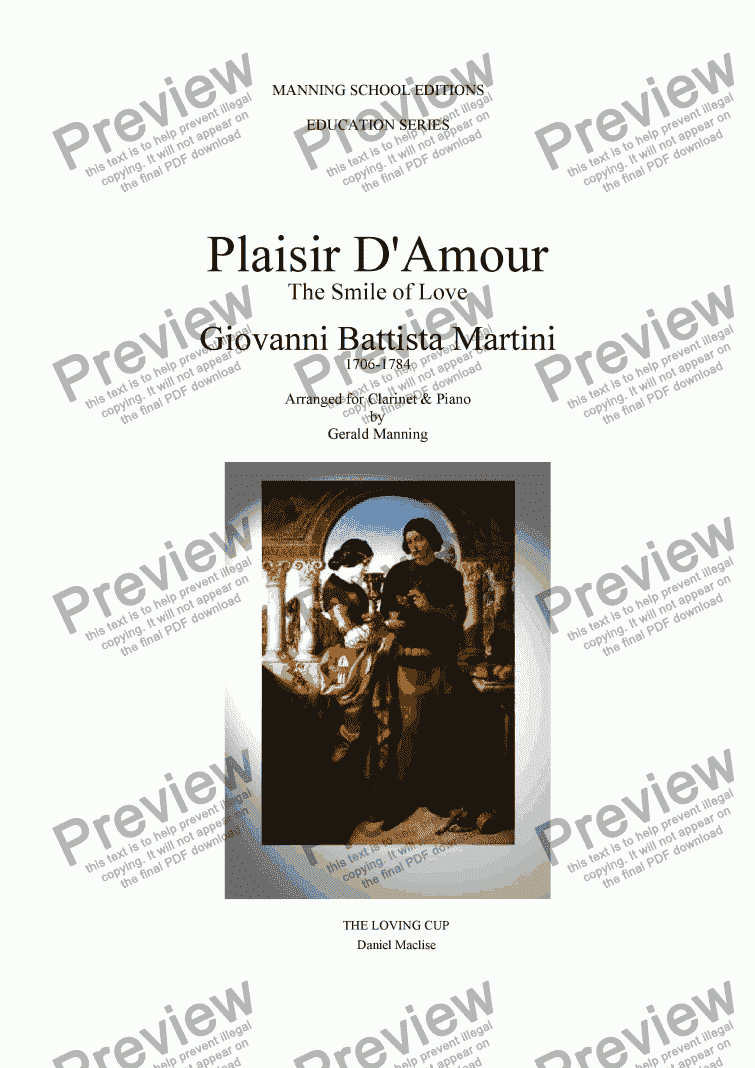 Giovanni Battista (or Giambattista; commonly called � Padre Martini�) was born in Bologna in 1706 and died there in 1784. He was the son of a string player and studied the violin with his father, and later at the Bologna Conservatoire where he also took harpsichord, voice and counterpoint. Although he was ordained in 1722 and then took holy orders in 1729 he became a celebrated Italian composer, theorist and teacher and devoted much time to the scientific and mathematical aspects of music and was renowned for his tremendous library, which is reputed to have contained some 17,000 volumes. His reputation as a teacher brought him such pupils as J.C. Bach, Mozart, Gretry, Jommelli, Mattei, Paolucci, and others.

Arrangers note: All dynamics and Tempi are editorial suggestions only and teachers can alter these and make corrections where necessary.