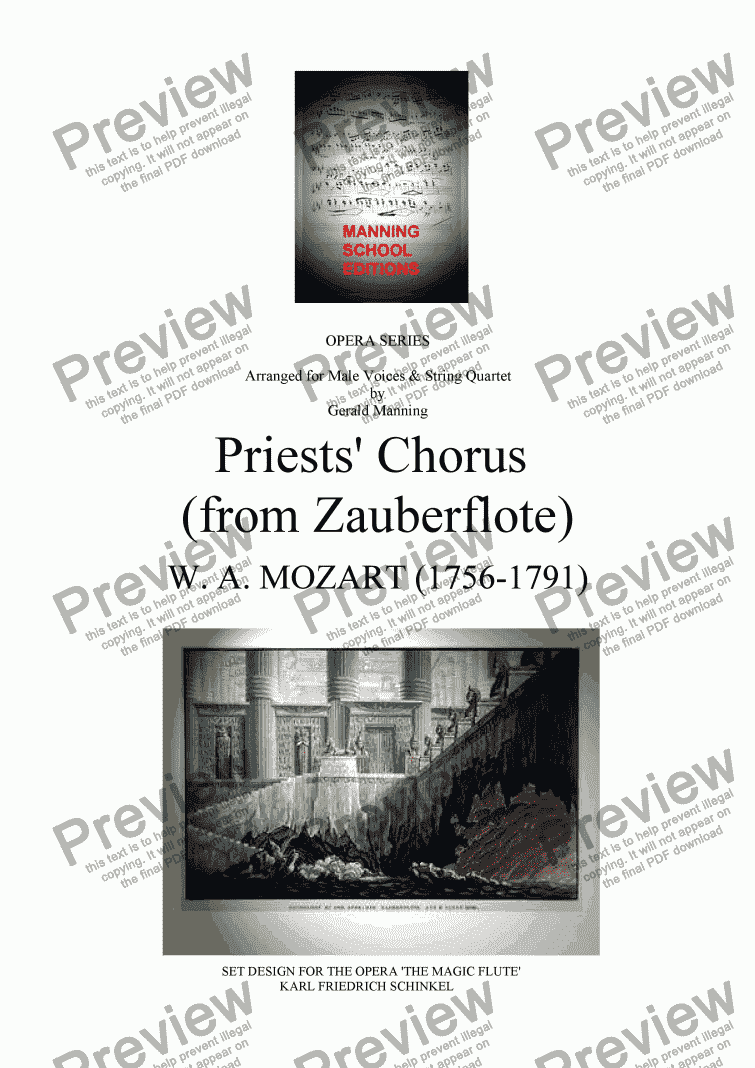 In the last years of his life Mozart became an ardent Freemason and in 1791 the year of his death his health gave cause for concern. Although he never renounced the Catholic Church, the Masonic influence was all too prevalent in several works including the opera Die Zauberflote, which is an imaginative portrayal of Masonic ritual and symbolism, and the �Maurer� cantata. Mozart�s last opera is set in Egypt, and Sarastro the high priest of Isis and Osiris conducts the hieratic aspects and the series of trials for Tamino and Pamina, being a prerequisite before a marriage licence is granted. The Priests� chorus �O Isis und Osiris� is an evocation to the God�s and is intended as an introduction to the lovers� trial by fire and water.