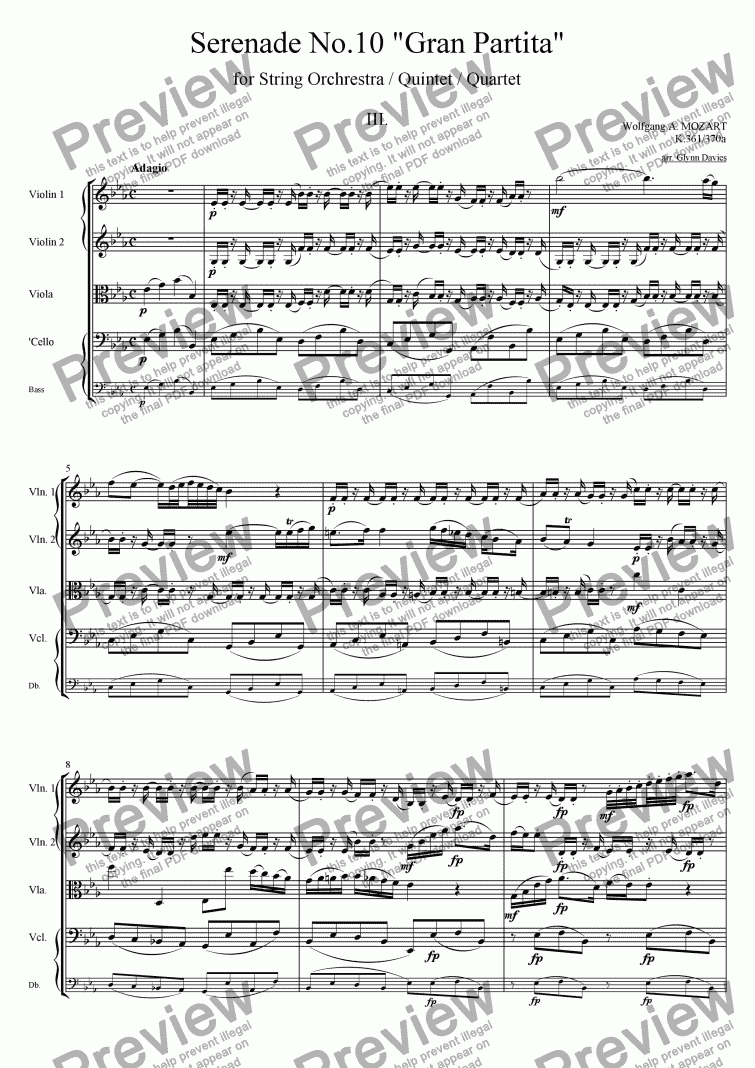 This arrangement of the third movement is for standard string quartet, with an optional bass part for use with string orchestra.