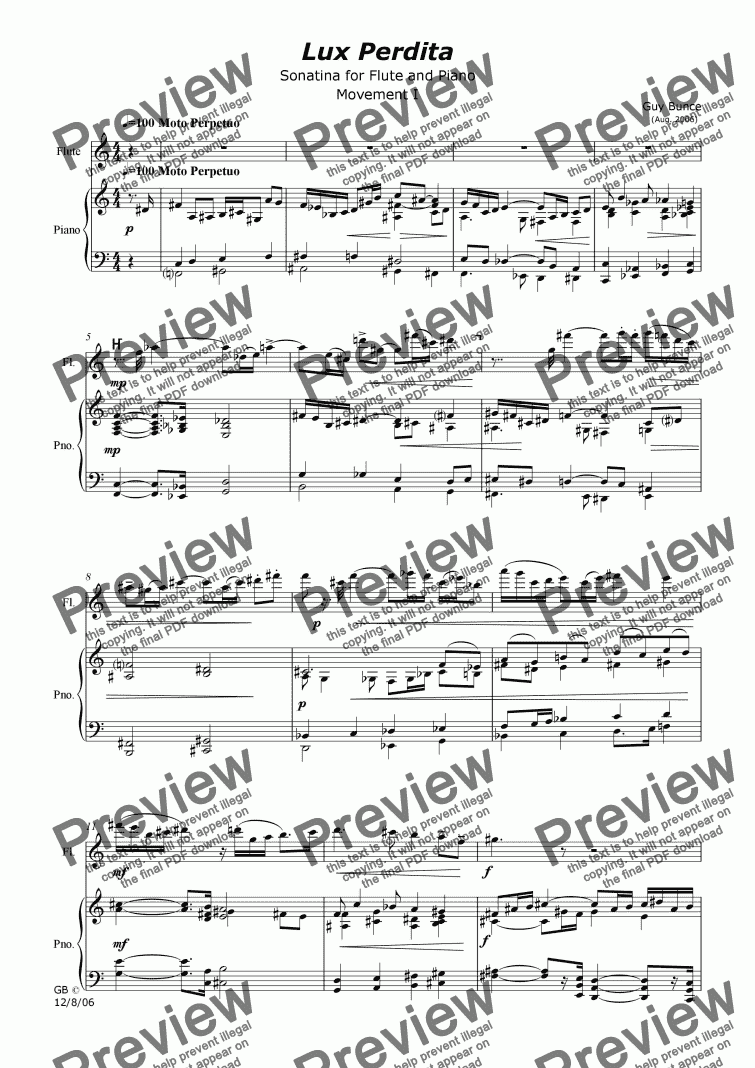 I decided to start work on a Flute & Piano Sonatina whilst I was working on the Oboe Sonata. The Sonatina will be in three movements - at present only the first is completed but the others will appear in due course.

The title was inspired by the poem by William Watson although any other link is purely arbitrary. The Sonatina uses various methods to create the prime material which is presented in the first movement and then developed throughout the sonatina.

Work on the first movement began on the 23rd of July and the final draft was completed on the 10th of August 2006. I plan to start work on the slow movement soon. The recording above is from my computer. The sonatina will be performed early next year by Guy and Louise Bunce.