By: W. A. Mozart (1756-1791) Transcribed Keith Terrett
For: Solo Solo Violoncello + piano
This music is in your basket
View basket
Loading... 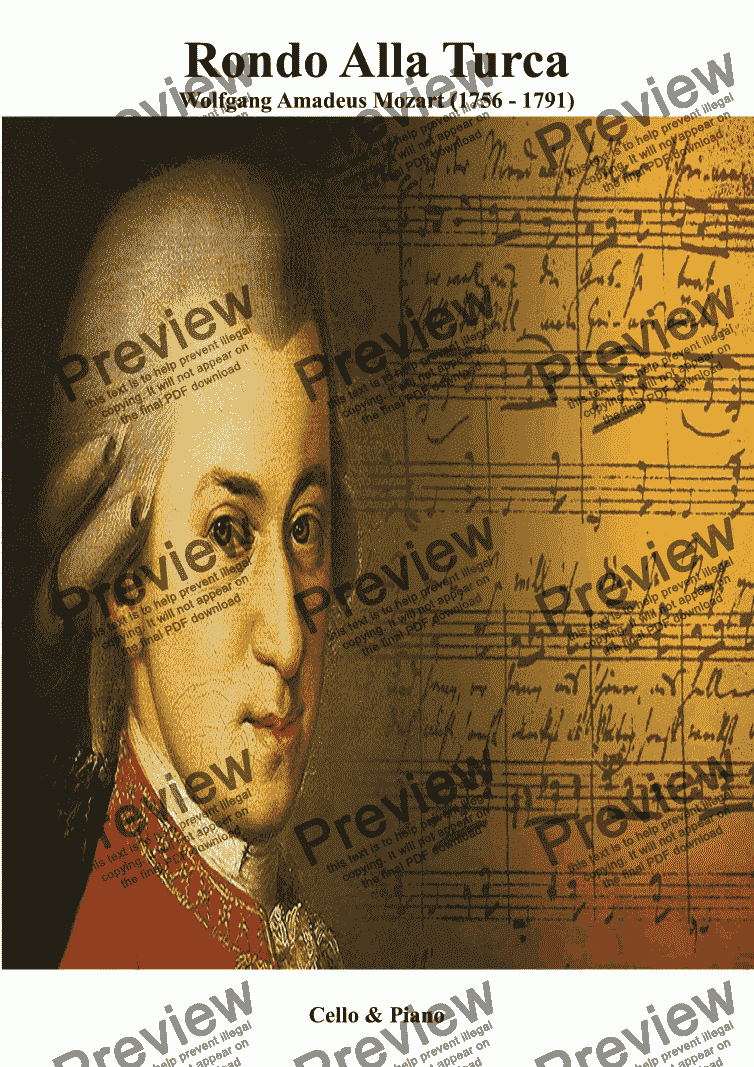 Composer
W. A. Mozart (1756-1791) Transcribed Keith Terrett
Year of composition
1783
Arranger
keith terrett
Year of arrangement
2020
Publisher
Music for all Occasions
Difficulty
Moderate (Grades 4-6)
Duration
2 minutes
Genre
Classical music
License details
For anything not permitted by the above licence then you should contact the publisher first to obtain permission.

Arranged here for Cello & Piano, The last movement, marked Alla turca, popularly known as the "Turkish Rondo" or "Turkish March", is often heard on its own and is one of Mozart's best-known piano pieces.