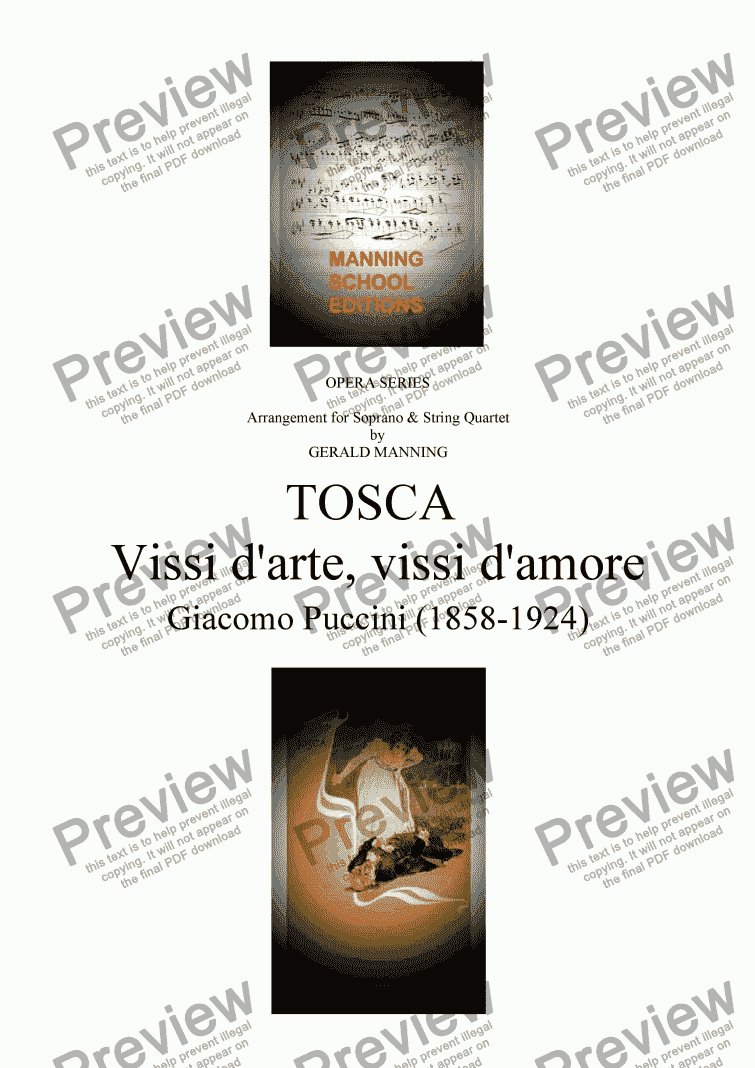 Opera in three acts with music by Giacomo Puccini (1858-1924), libretto by Liigi Illica (prose text) and Giuseppe Giacosa (verses) based on a play of the same name by Victorien Sardou and first performed on the 14th of January 1900 at the Teatro Costanzi in Rome.

In 1887 the French playwright Victorien Sardou wrote his play �La Tosca� for Sarah Bernhardt but it was not till 1895 after Puccini had finished composing �La Boheme that he seriously thought about the subject of �Tosca for a new opera, but relations between Puccini and Sardou were not conducive to a collaboration as Sardou declared he did not care too much for Puccini�s music. On the other hand Puccini, although interested by the subject matter of Sardou�s play had reservations about the brutality of the plot, and indeed it is far removed in its sensitivities after the intense sadness and pathos of works like �La Boheme� which permeates so much of his music and in a way reflects his own temperament. Although the critics reacted to this hedonistic work, which received mixed reviews, the general public enthused about its theatricality and verve and it is now acknowledged to be one of the undisputed popular favourites in the repertoire of great opera houses.

Floria Tosca (soprano), a famous singer and lover of Mario Cavaradossi (tenor) who is a painter are embroiled in a vicious love triangle with Scarpia (baritone) who is chief of police that ends in tragedy for the three protagonists. Scarpia has Cavaradossi locked up in the prison cells in the dungeons of Castel Sant�Angelo but strikes a bargain with Tosca that Cacaradossi will escape his execution on the morrow if she will yield to him. She is repulsed by the suggestion and after Scarpia has signed the deed of pardon and proceeds to claim his prize she stabs him through the heart and he dies at her feet. She then places two candles at his head and leaves his quarters.