By: W.A. Mozart
For: String quartet
This music is in your basket
View basket
Loading... 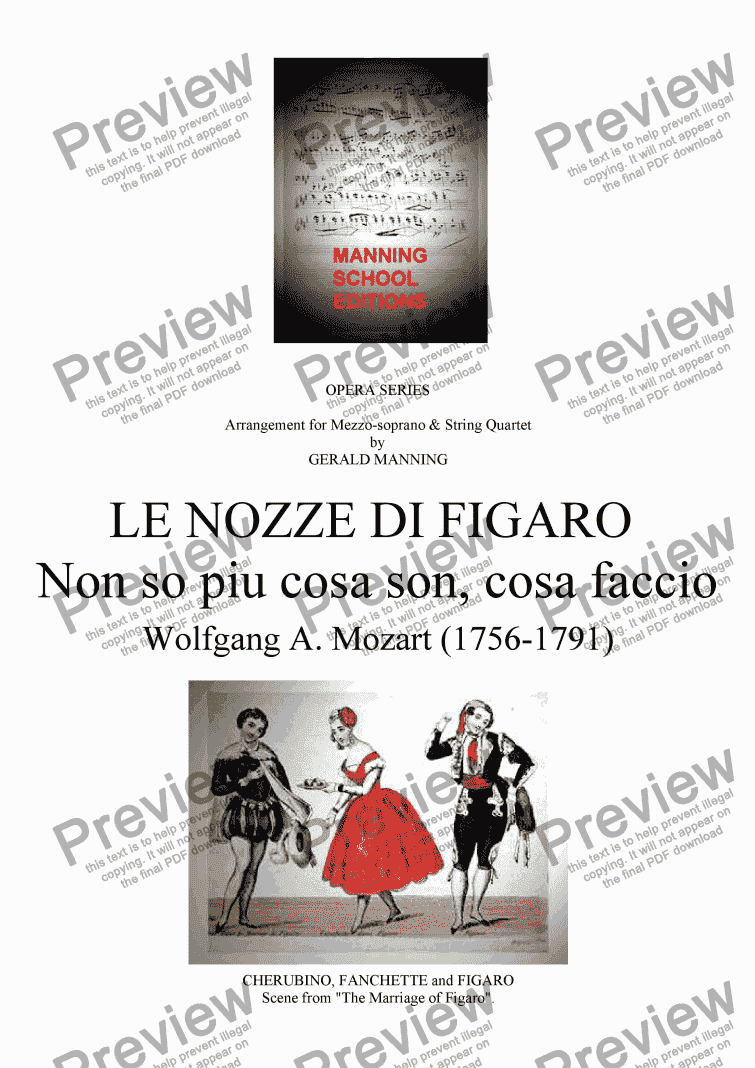 By: W.A. Mozart
For: String quartet

Many consider Mozart's Le nozze di Figaro the greatest operatic comedy ever written, equaled, if at all, only by Verdi's Falstaff. Based on Pierre Beaumarchais's play La folle journ�e ou Le marriage de Figaro the story tells of a servant who rebels against his master, which proved to be very controversial at the time. Mozart wrote in three different genres for the opera: opera seria, opera buffa, and Singspiel. Altogether he composed five-opere serie, the first ( Mitridate, re di Pento) in 1770, and the last (La Clemenza di Tito) in 1791. From 1768 to 1790 Mozart composed seven opere buffa (including two which were unfinished) and five large-scale works setting German in the Singspiel manner. Le nozze di Figaro is in the opera buffa tradition where the musical organization puts the emphasis on ensembles rather than arias.

Mozart's Italian Opera buffas are known for their muddled character drama, as opposed to the simple tragic love triangles of Belcanto and later operas. Due to its large cast of principals this is especially true of the Marriage of Figaro. Cherubino (mezzo soprano � a pants role, the Countess's young page, is in love with every woman in the castle, especially the Countess), and in the first act aria: Non so pi� cosa son � "I don't know anymore what I am", asks Susanna's aid with the Count who is less than happy with Cherubino's amorous ways.