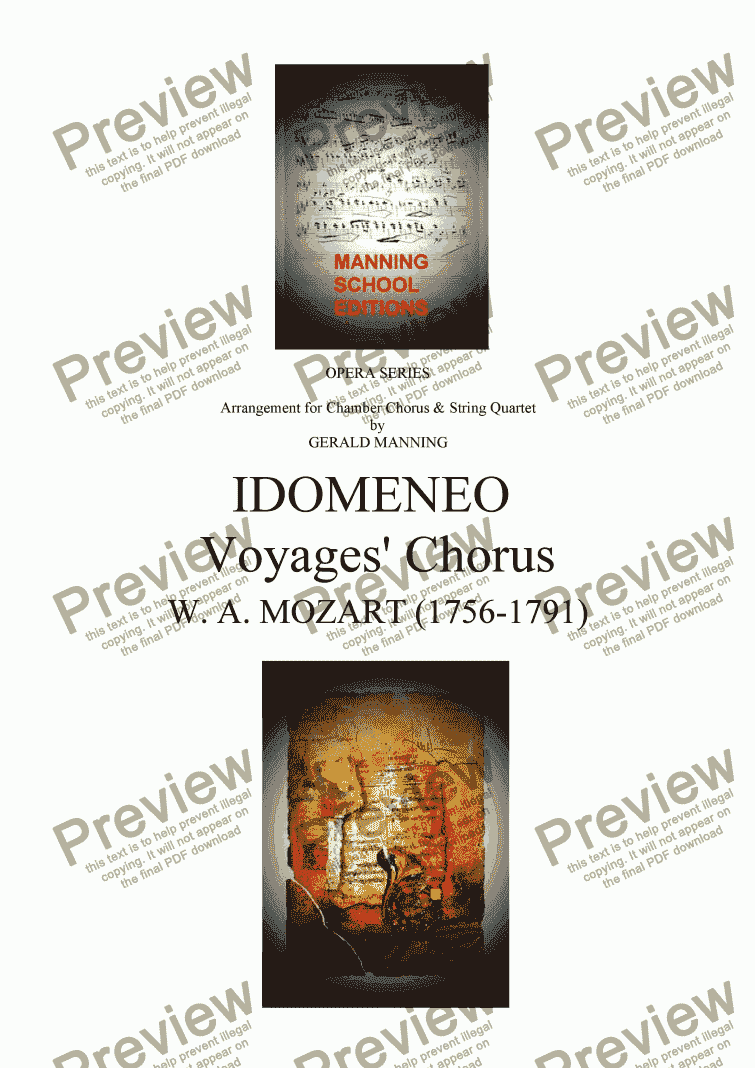 Idomeneo, Re di Creta: drama per musica in three acts, libretto by Gianbattista Varesco, music by Wolfgang Amadeus Mozart (1756-1791), premiere 29 January 1781 at the Hoftheater in Munich.

In 1780 the Elector of Bavaria invited Mozart to compose another opera for Munich in the Italian opera seria genre, which is an extended, tragic or serious opera in contradistinction to the comic or buffa type. Altogether he composed five-opere serie, the first ( Mitridate, re di Pento) in 1770, and the last (La Clemenza di Tito) in 1791. Mozart used Giambattista Varesco�s libretto, which was based on the French Idomenee of Campra, and when he travelled to Munich in early November a large proportion of the score was completed. One of the novelties of the score was that Horns and Trumpets in some sections were �muted� something that was unknown in Munich, so they had to be copied from those sent from Salzburg. Present at the premiere where his father Leopold and the Elector who was delighted with the opera and expressed his surprise that �such great things were tucked away in so small a head.�