By: Composed by Joseph Franz Haydn Arranged by Keith Terrett
For: Concert band / wind band
This music is in your basket
View basket
Loading... 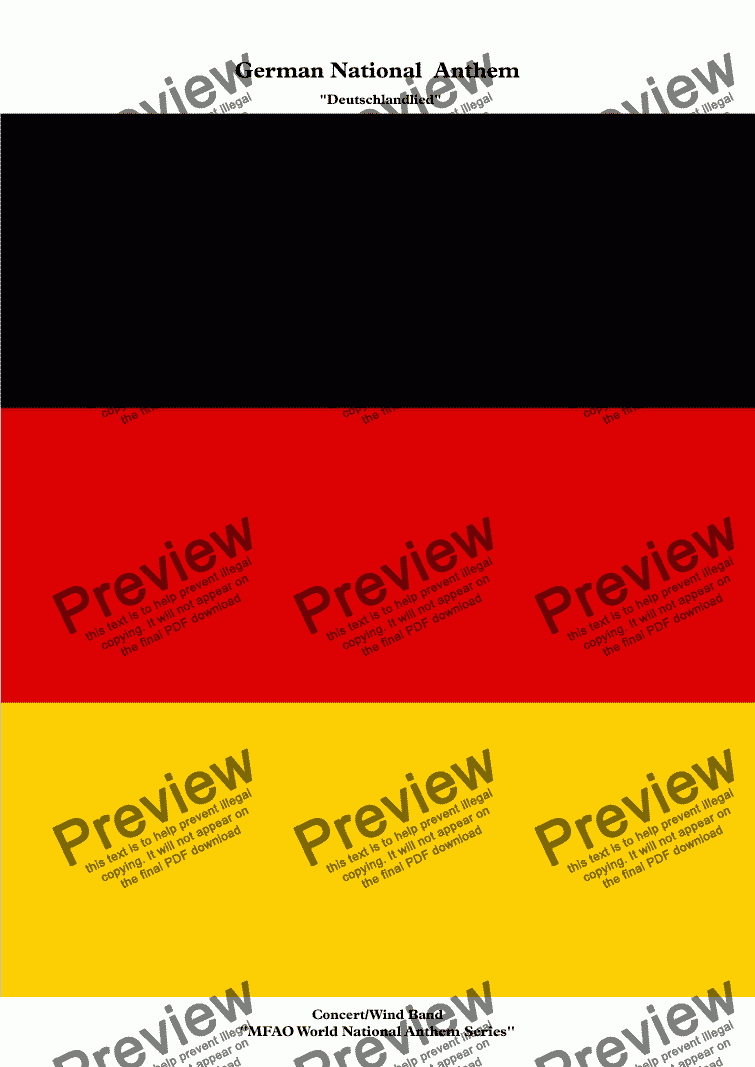 Composer
Composed by Joseph Franz Haydn Arranged by Keith Terrett
Arranger
Keith Terrett
Year of arrangement
2020
Publisher
Music for all Occasions
Difficulty
Moderate (Grades 4-6)
Duration
1 minute
Genre
Classical music
License details
For anything not permitted by the above licence then you should contact the publisher first to obtain permission.

I have EVERY national anthem in my store, if you would like one arranging for Concert Band or any other ensemble just ask: keithterrett@gmail.com

The Holy Roman Empire of the German Nation was already weak when the French Revolution and the ensuing Napoleonic Wars altered the political map of Central Europe. Hopes for the Enlightenment, human rights, republican government, democracy, and freedom after Napoleon I’s defeat in 1815 were dashed, however, when the Congress of Vienna reinstated many monarchies. In addition, with the Carlsbad Decrees of 1819, Chancellor Prince Metternich and his secret police enforced censorship, mainly in universities, to keep a watch on the activities of professors and students, whom he held responsible for the spread of radical liberal ideas. Particularly since hardliners among the monarchs were the main adversaries, demands for freedom of the press and other liberal rights were most often uttered in connection with the demand for a united Germany, even though many revolutionaries-to-be had different opinions whether a republic or a constitutional monarchy would be the best solution for Germany.

The German Confederation or German Union (Deutscher Bund) was a loose confederation of thirty-five monarchical states and four republican (but hardly democratic) free cities, with a Federal Assembly in Frankfurt. They began to remove internal customs barriers during the Industrial Revolution, though, and the German Customs Union Zollverein was formed among the majority of the states in 1834. In 1840 Hoffmann wrote a song about the Zollverein, also to Haydn’s melody, in which he praised the free trade of German goods which brought Germans and Germany closer.