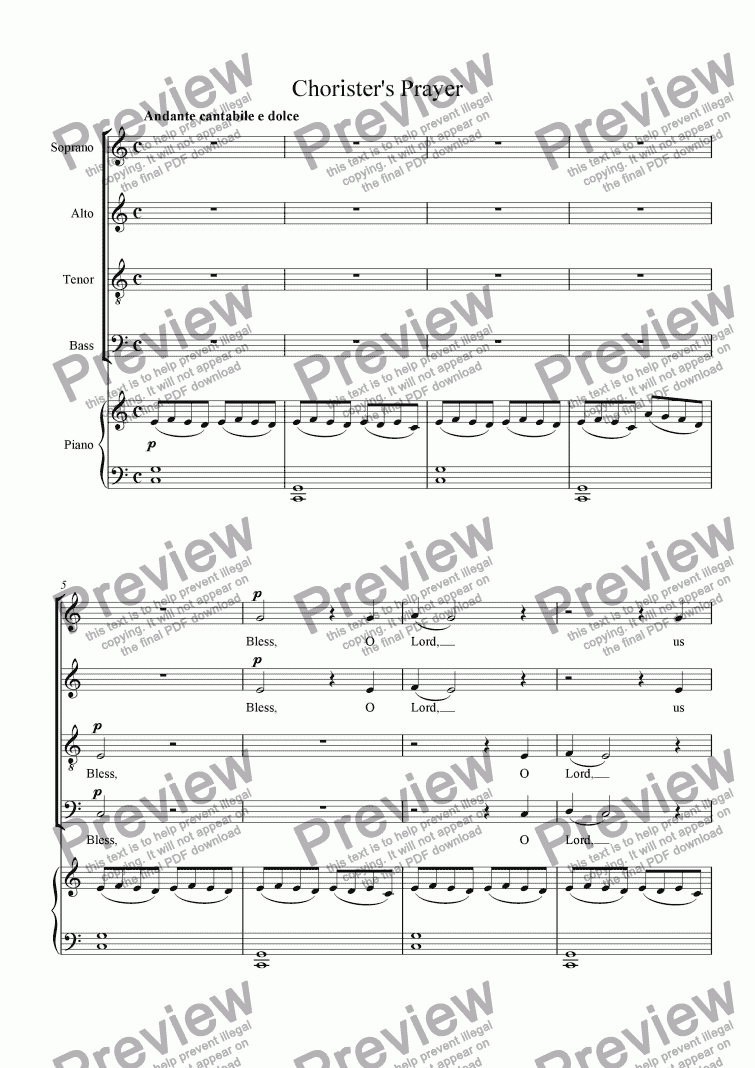 �The Choristers' Prayer seem to have appeared in the first edition of the Choristers� Pocket Book, published by the School of English Church Music (the former name of the RSCM) in 1934. Despite being so well known, the prayer is not given an author in this source (some say it was the RSCM�s founder, Sir Sydney Nicholson, while others link it to Cosmo Gordon Lang, who became Archbishop of Canterbury in 1929).

�The English version of this Prayer appears to be very close to the Latin in the Pontificale Romanum of 1595-6 in the form for admitting a Psalmista or Cantor: Vide, ut, quod ore cantas, corde credas, et quod core credis, operibus comprobes.�