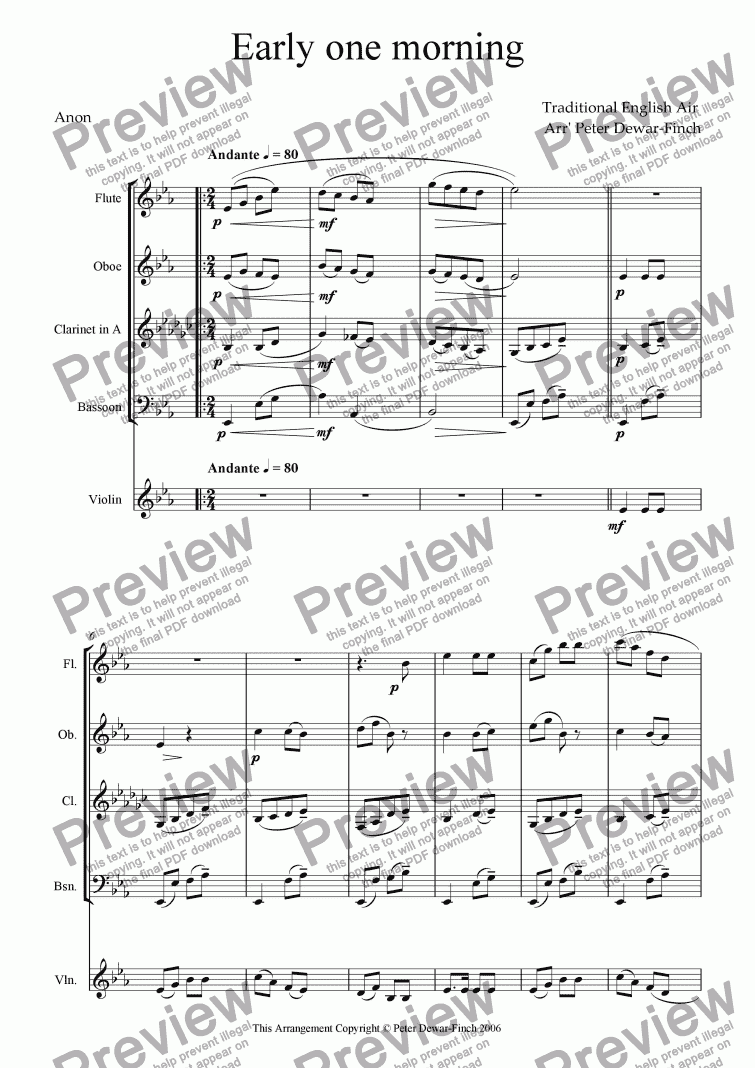 Early one morning, first appeared in print in 1804 and is one of the best-known traditional folksongs in Britain, sung by generations of schoolchildren. The origin of the lyrics is lost in the mists of time

William Chappells 1859 book, Popular Music of the Olden Time, names "Early One Morning" as "one of the three most popular songs among the servant-maids of the present generation", along with "Cupid's Garden" and "The Seeds of Love".

He added that he had heard "Early One Morning" sung by servants in Leeds, Hereford, Devonshire and "parts nearer to London".

The song was printed in Chappell's Collection of National English Airs, but it had been recorded in earlier songbooks including Sleepy Davy's Garland and The Songster's Magazine.

It was noted that scarcely any two versions of the song's lyrics agreed after the second verse (a common feature of many folk songs). But all shared a common refrain - a damsel's lament for the loss of her faithless lover: "O, don't deceive me/ O do not leave me!/ How could you use a poor maiden so?"

My version of the tune begins with the plaintive woodwind refrain before the first descriptive verse.

The piano version is designed so that almost anyone competent on the instrument can play it.

Reviews of Early one morning

Bassoon, Clarinet in A, Flute, Oboe and Violin

Bassoon, Clarinet in A, Flute, Oboe and Violin