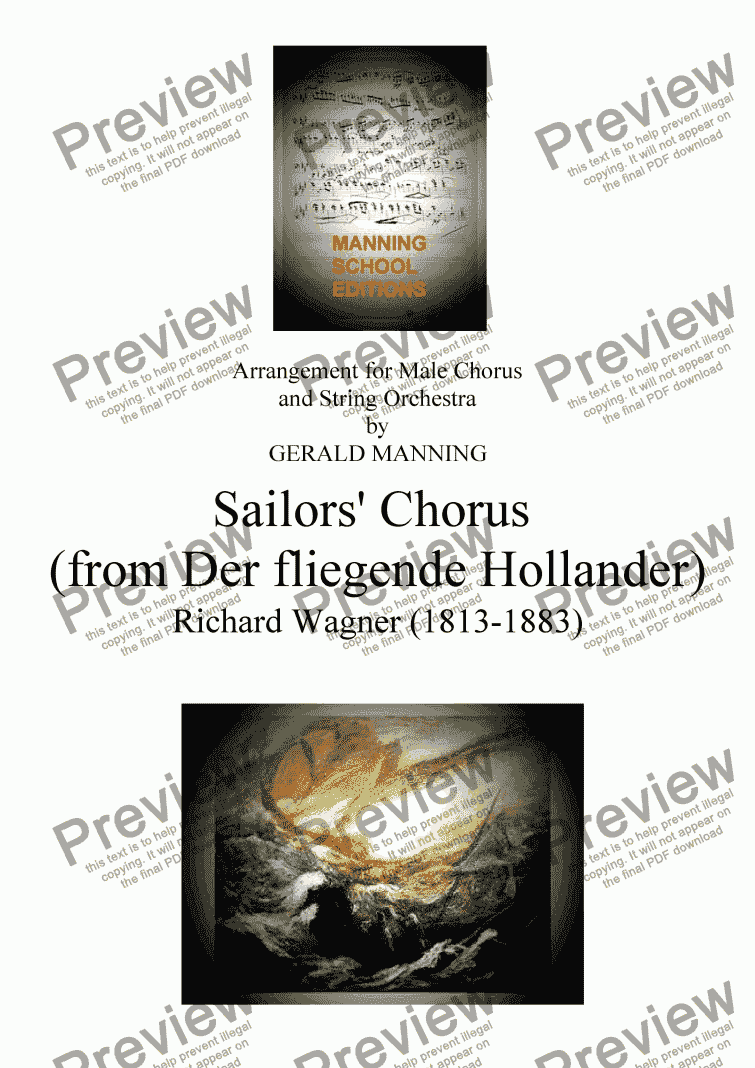 Born in 1813 at Leipzig Wagner was christened Wilhelm Richard; he died at Venice in 1883 having lived for 69 years. As well as being a prolific composer of music he was also interested in literature and wrote several books, which set, out his ideas on how Operas should be written. When he was aged 59 he settled in Bayreuth in Bavaria where a special theatre was built mainly from subscriptions from admirers of his works, which was opened in1876, when he was 63. The new festival theatre was devoted entirely to the best possible performance of Wagner�s works.

The first performance of Wagner�s Der fliegende Hollander took place in Dresden on the 2nd of January 1843. The Dutchman has been condemned by the devil to sail the seven seas until doomsday unless he can find a woman who through her faithfulness can redeem him. Once every seven years he is allowed to land and come ashore in his endeavour to find his salvation. He moors in a Norwegian port next to Daland�s ship where the inevitable happens and he falls in love with Darlands daughter Senta, who he offers to procure by offering Daland copious amounts of his treasure in exchange, if he is permitted to woo her. The theme of the Sailors� chorus was suggested to Wagner by the singing of sailors he had heard in Norway in 1839. In his own text he preferred to use the old nautical word �sailorman� in preference to �steersman� or �helmsman� because each of the three notes should have its own syllable, to match the staccato articulation in the orchestra.