By: Arthur Sullivan
For: Wind quartet
This music is in your basket
View basket
Loading... 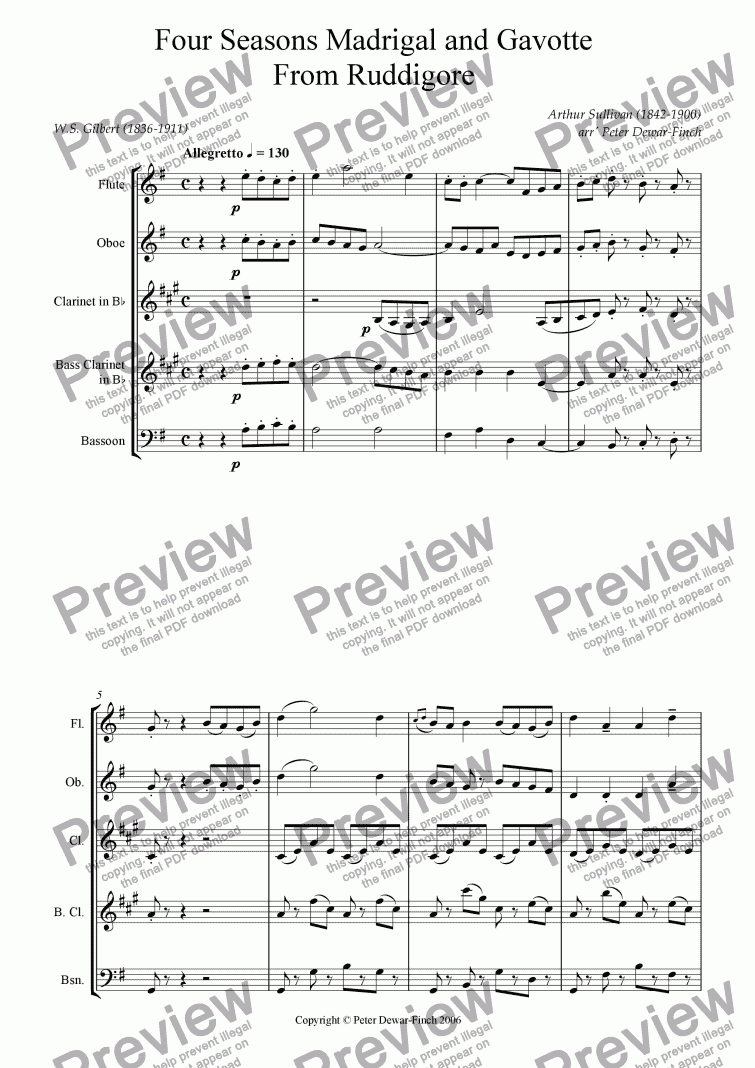 By: Arthur Sullivan
For: Wind quartet

Madrigal and Gavotte from Ruddigore by Gilbert and Sullivan, arranged for woodwind quintet by Peter Dewar-Finch.

This choral Madrigal from the operetta Ruddigore (1887) by Arthur Sullivan (1842-1900) is quite difficult to sing for the Principals, and, for a chorus, is quite tricky too. Nonetheless, very effective when done well, especially with no accompaniment at all. I was a mere chorister in the production I was part of in the 1970�s. We had to pay royalties in those days as the grand daughter of Richard D�Oyly Carte was still alive and director of the D�Oyly Carte Opera Company.

One thing W.S Gilbert was not, was a poet. The metre of the lyrics is all over the place, but work well in combination with Sullivan�s music, which, I suppose is the point of them and they do indeed work well as lyrics.

I have scored it for a woodwind quintet to emphasise the Medieval inspiration behind it. At that period in Victorian England High Fashion was going through the very popular Neo-Gothic revival and everything Medieval was revered and treasured. It was evident in architecture, decorating, literature, and in painting, and to a lesser extent, - in high street fashion. I�m surprised that more composers did not �jump on the band-wagon�.

Reviews of Four Seasons Madrigal and Gavotte from Ruddigore