By: Edvard Grieg
For: Choir
This music is in your basket
View basket
Loading... 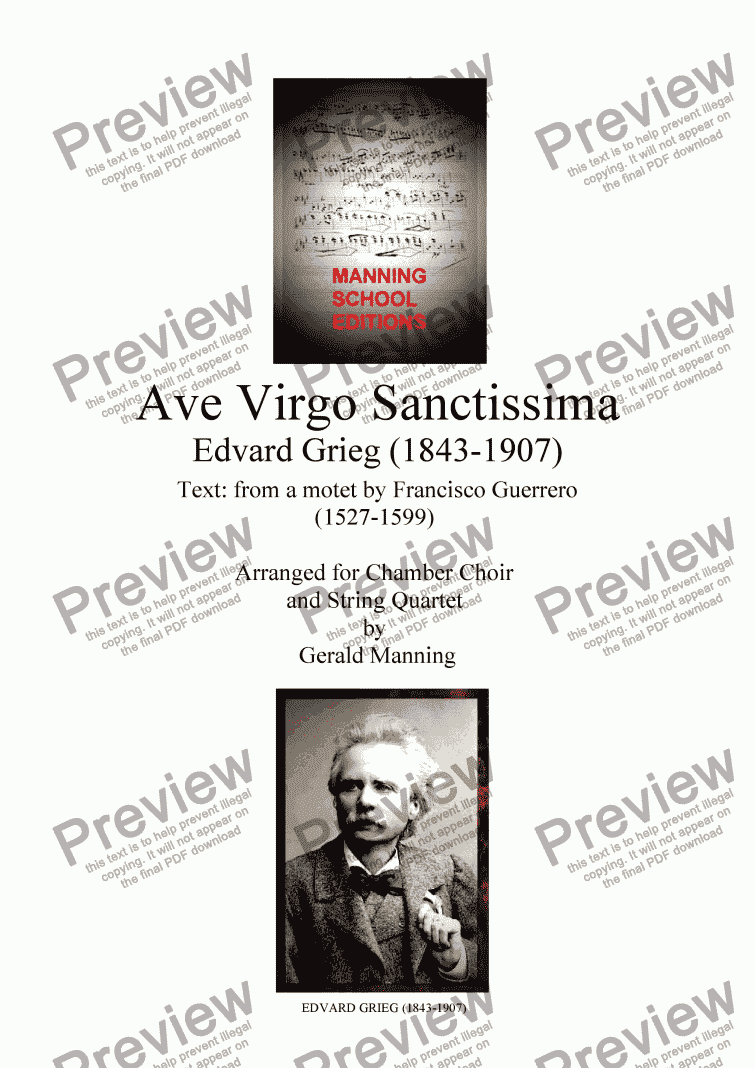 By: Edvard Grieg
For: Choir

Edvard Grieg was an intensely patriotic man, a musical genius with a love of wild Nature. He disliked school but nevertheless made commendable progress in his musical studies, but it was one day when he was about twelve that he took one of his first compositions to school to show a friend when his form master seized the manuscript, got hold of Edvard by the hair and admonished him for bringing such rubbish to school. Many years later when he first met the head of the Scandinavian school of composers Niels W. Gade in Copenhagen, he was reminded of this school incident, when Gade asked Grieg if he had any compositions to show, to which Grieg replied that he had nothing of importance. The frustrated Gade immediately retorted: � Very well then, go home and write a symphony�

But Grieg never wrote a symphony; his reputation at this time and through most of his life was that of a miniaturist resting on the piano music and songs, however this does not imply that he was ineffectual in handling larger canvases, and developing musical ideas in paragraphs rather than sentences as the G major Violin Sonata op.13 or the A minor Piano Concerto op.16 can, and do testify to. His songs, which number no fewer than one hundred and fifty, are the pinnacles of his musical achievement, and he patterned these original melodies after the folksongs of his beloved Norway hardly ever quoting them directly only �Solveig�s Song� uses a borrowed melody.

The melody in this most intimate of songs from �The last spring� is so perfect that Grieg couldn�t resist using it in other compositions. It can be, and often is sung �a cappella.�