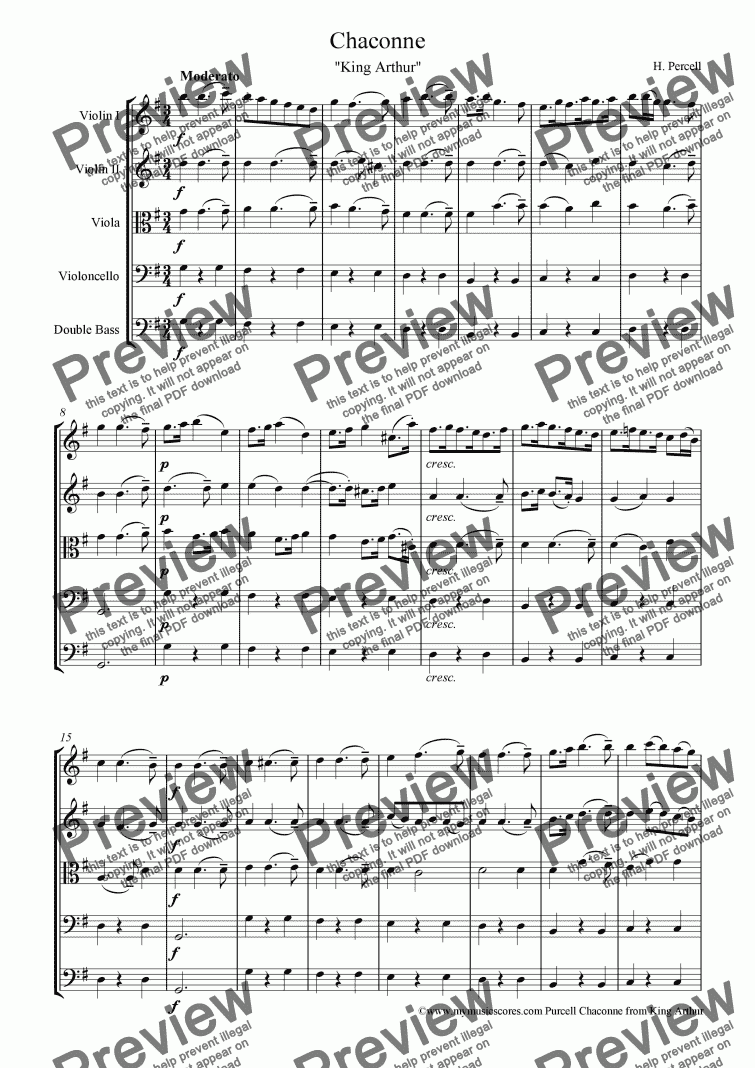 King Arthur, subtitled "The British Worthy", is an opera in five acts, with a libretto by John Dryden and music by Henry Purcell. The opera was first performed at the Queen's Theatre, Dorset Garden, London, in early summer of 1691. The plot is based on King Arthur's battles between the Saxons and the Britons, rather than the legends of Camelot (although Merlin does make an appearance). The action is more in the mode of pantomime than drama, including such characters as Cupid, Honour, and Venus plus the more Nordic gods Woden, Thor, and Freya. The tale centres greatly on Arthur's endeavours to recover his fianc�e, the blind Cornish Princess Emmeline, who has been abducted by his arch-enemy, the Saxon King Oswald of Kent.

In order to submit this score to ScoreExchange.com Paul Wood has declared that they own the copyright to this work in its entirety or that they have been granted permission from the copyright holder to use their work. If you believe that this score should be not available here because it infringes your or someone elses copyright, please report this score using the copyright abuse form.