My account
Help Contact
HomeInstrumentationsString quartetCORELLI, A. - Concerto Grosso No. 6 in F Major - arr. for String Quartet by Gerald Manning

CORELLI, A. - Concerto Grosso No. 6 in F Major - arr. for String Quartet by Gerald Manning 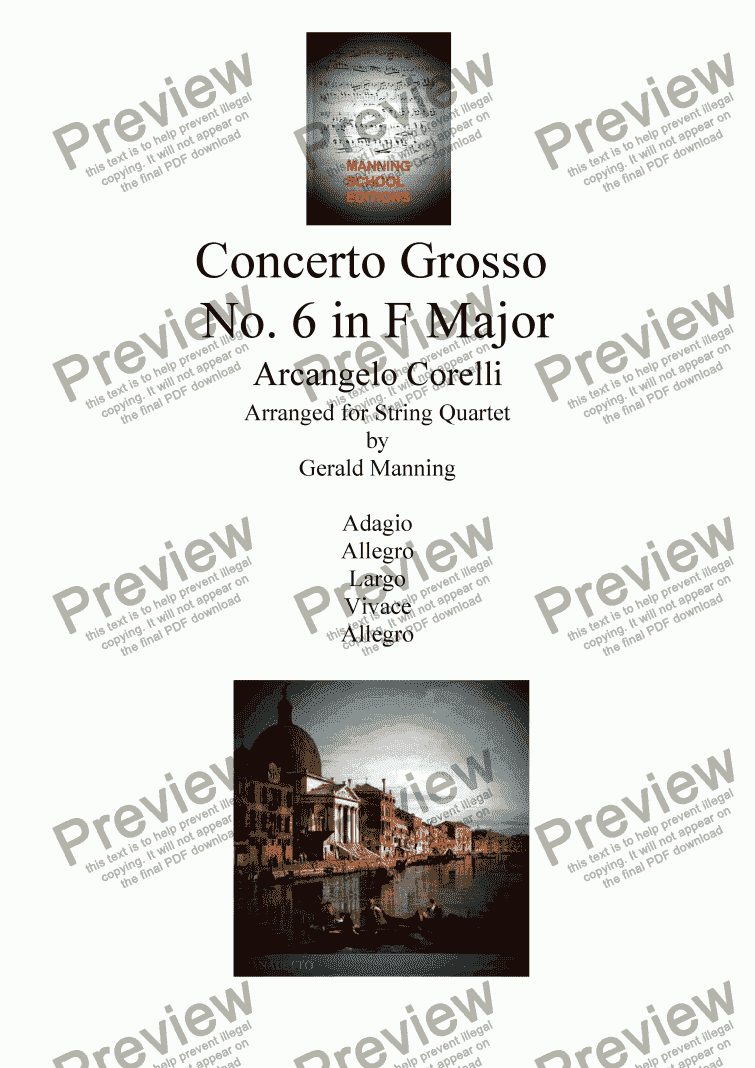 Reviews of CORELLI, A. - Concerto Grosso No. 6 in F Major - arr. for String Quartet by Gerald Manning