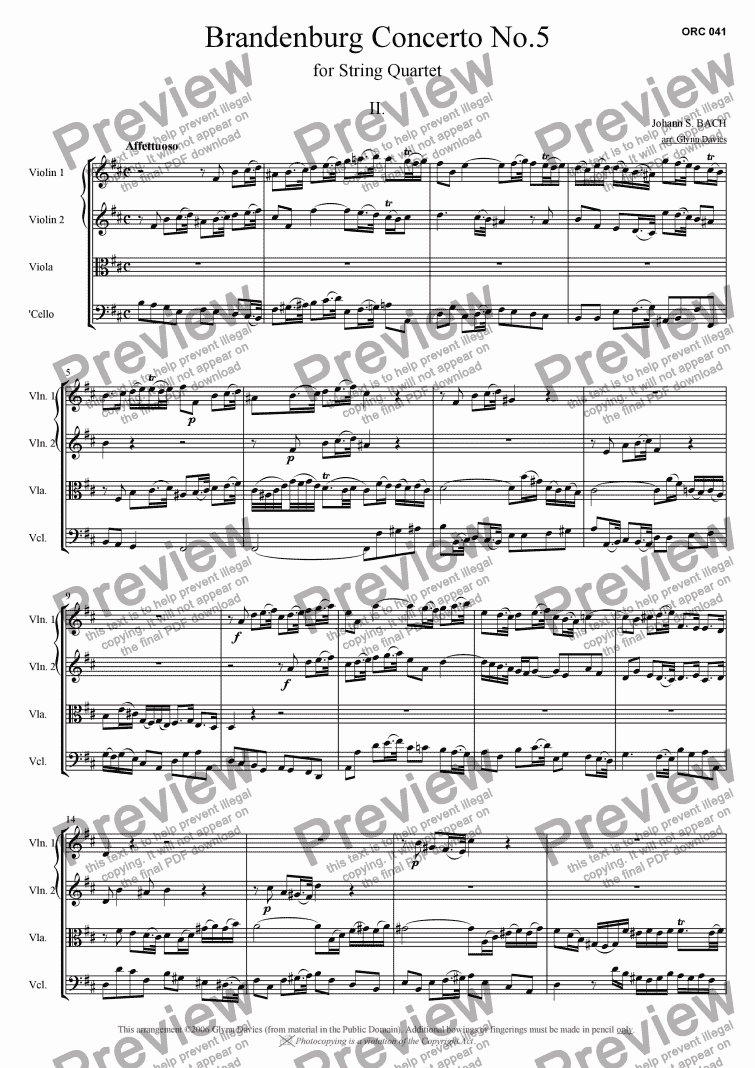 This arrangements is for standard string quartet.

Reviews of Brandenburg Concerto No.5 - 2. Affettuoso