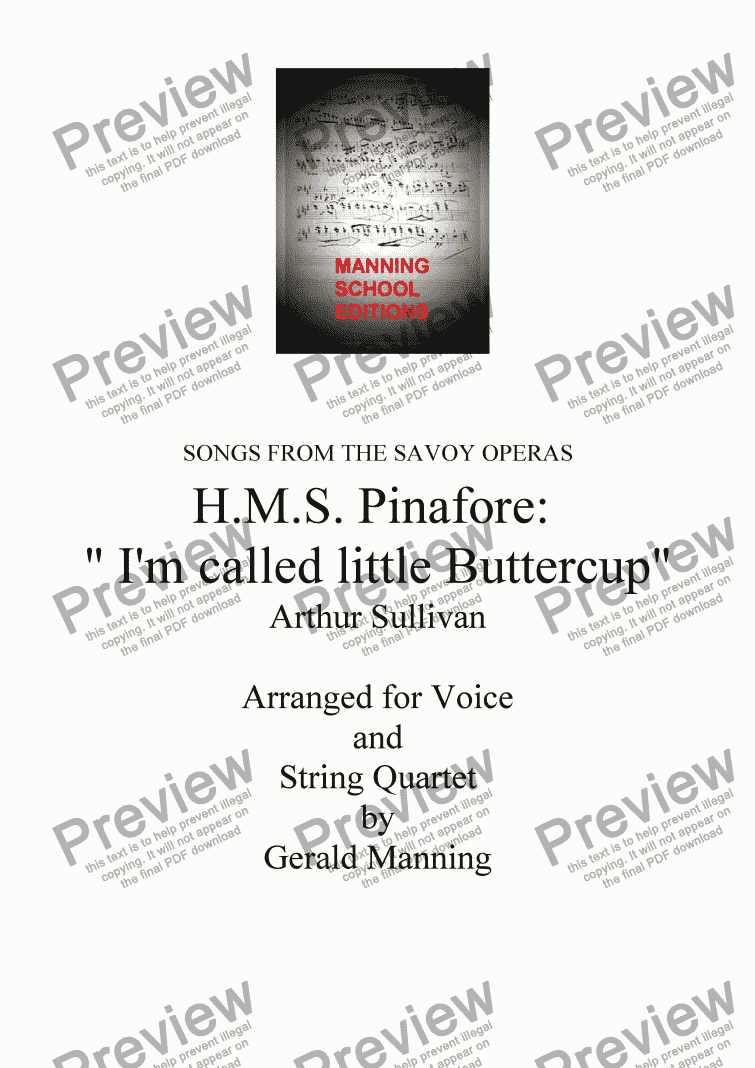 �IM CALLED LITTLE BUTTERCUP� From H.M.S. Pinafore; or The Lass That Loved A Sailor (Opera Comique, London, May 25, 1878)