My account
Help Contact
HomeInstrumentationsString quartetCORELLI, A. - Concerto Grosso No. 7 in D Major - arr. for String Quartet by Gerald Manning

CORELLI, A. - Concerto Grosso No. 7 in D Major - arr. for String Quartet by Gerald Manning 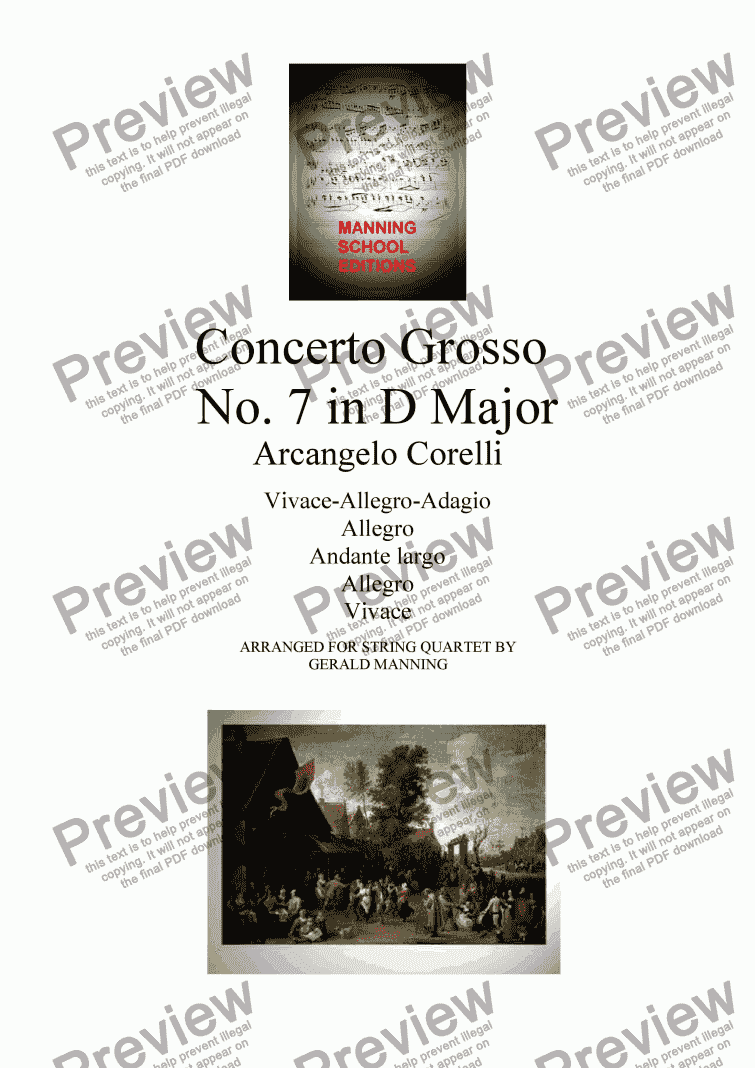 CONCERTO GROSSO No. 7 in D MAJOR

The Concerto Grosso that in Italian literally means grand or large concert is an early style of orchestral writing that evolved in Italy in two distinctive orchestral genre. In the north its form took the basic four-part string writing, which was complemented by the leader of the orchestra as soloist; but in Rome Corelli was developing a form of the Concerto Grosso along with Stradelli and Torelli, which became to be known as the �classic� form, and there is no doubt that Corelli was the originator. This comprised of several soloists called the �concertino� opposed against a full string ensemble the �ripieno�. This form that bears an analogy to the Eighteenth Century Overture and Suite comprised of several movements including Largos, Allegros, and Andantes, with Minuets, Gavottes, and Gigues occasionally interspersed. As Sonata form evolved and developed the Concerto Grosso was gradually replaced by the Concerto of Mozart�s time.

Reviews of CORELLI, A. - Concerto Grosso No. 7 in D Major - arr. for String Quartet by Gerald Manning