My account
Help Contact
HomeInstrumentationsString quartetGilbert & Sullivan - Songs from the Savoy Operas - H.M.S. Pinafore - 'I am the captain of the Pinafore' - arr. for Voice & String Quartet by Gerald Manning

Gilbert & Sullivan - Songs from the Savoy Operas - H.M.S. Pinafore - 'I am the captain of the Pinafore' - arr. for Voice & String Quartet by Gerald Manning 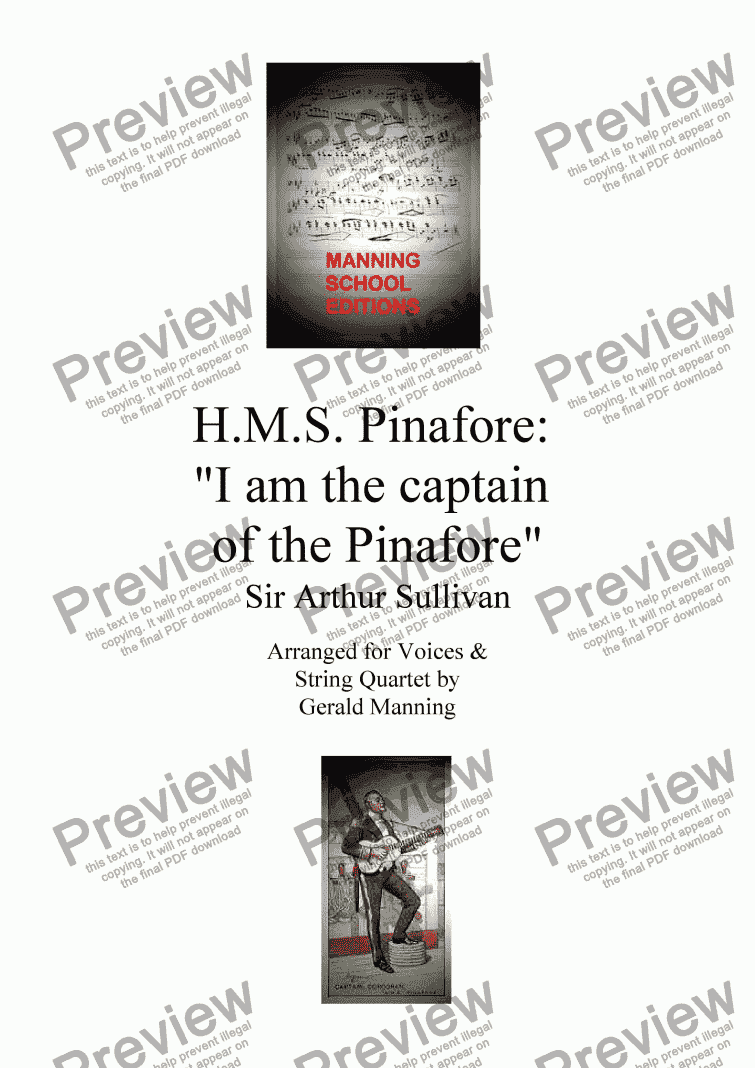 The collaboration between English composer and conductor Sir Arthur Sullivan and the librettist Sir William Gilbert produced a distinctive style of �Opera Comique� where the marriage of words and music produced a mixture of parody, burlesque and satire that achieved immense popularity in Britain and the USA. Sullivan met Gilbert shortly after his first success with his one-act comic opera Cox and Box in 1867 and their collaboration began in 1871 with the now lost work Thespis. After the immense success of Trial by Jury in 1875 the impresario Richard D�Oyly Carte formed a new company specially to perform the works of Gilbert and Sullivan, but in 1881 while Patience was still running the company moved into the new Savoy Theatre � hence the sobriquet now attached to those operas after this date. Pinafore is among the most popular of the Gilbert and Sullivan operas, perhaps because of its infectious tunes and generally well-constructed libretto. Captain Corcoran, Commanding H.M.S. Pinafore, sings his famous song "I am the Captain of the Pinafore" in which quite a number of well-known phrases that are still prevalent in conversational English today have their origin. Phrases such as "I never use a big, big D", and "What, never? Hardly ever!"

Reviews of Gilbert & Sullivan - Songs from the Savoy Operas - H.M.S. Pinafore - 'I am the captain of the Pinafore' - arr. for Voice & String Quartet by Gerald Manning