Gilbert & Sullivan - Songs from the Savoy Operas - The Gondoliers - 'Take a pair of sparkling eyes' - arr. for Voices & String Quartet by Gerald Manning 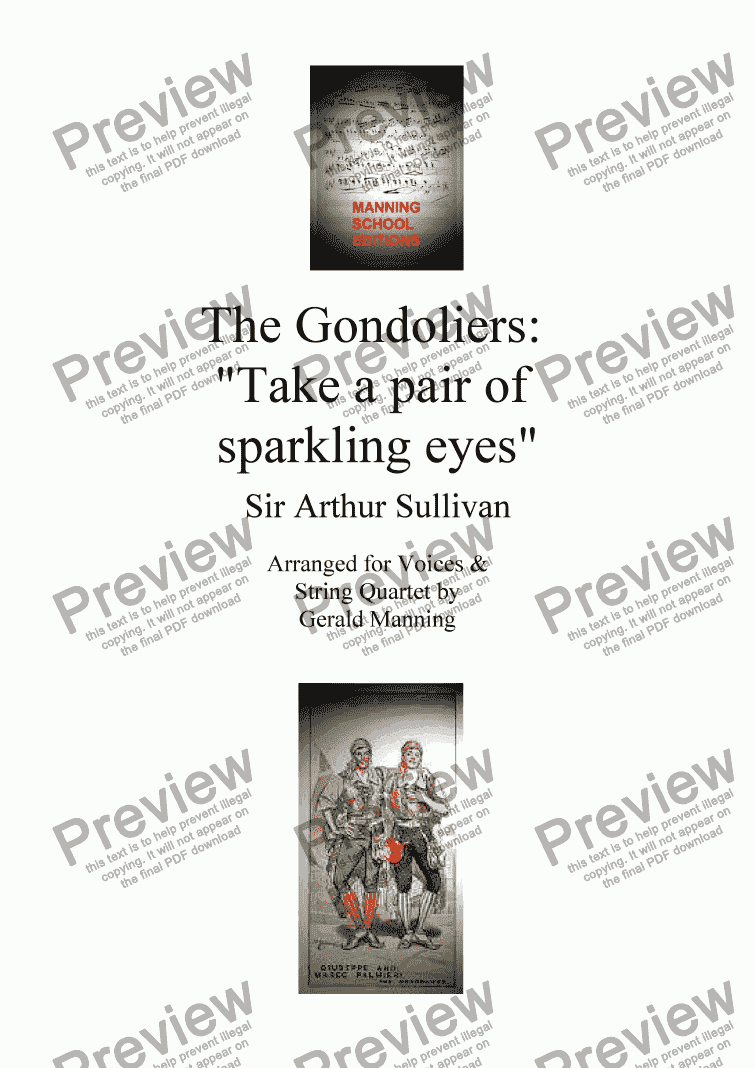 � Take a pair of sparkling eyes� From The Gondoliers; or, The King of Barataria (Savoy Theatre, London, December 7, 1889)

The Gondoliers, or, The King of Barataria, was the twelfth opera written together by Gilbert and Sullivan. Opening on December 7, 1889 at the Savoy Theatre, The Gondoliers ran for 554 performances, and was the last of the G&S operas that would achieve wide popularity. Its lilting score has, perhaps, the most sparkling and tuneful music of them all and calls, perhaps, for the most dancing.

Reviews of Gilbert & Sullivan - Songs from the Savoy Operas - The Gondoliers - 'Take a pair of sparkling eyes' - arr. for Voices & String Quartet by Gerald Manning