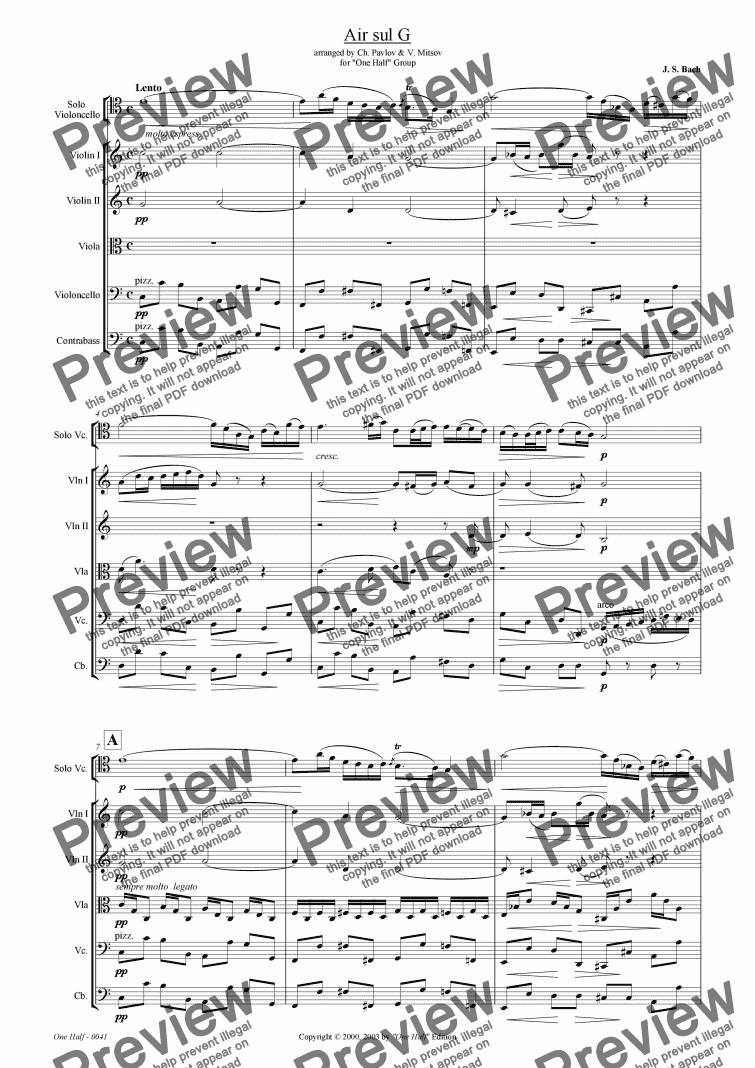 At the end of the 19th century the German violinist August Wilhelmi (1845-1908) decided to adapt J.S. Bach`s Aria from the �Suite for Orchestra in D-major� BWV 1068 for violin and piano. This second movement of Bach`s third orchestral suite is written originally for solo-violin and string orchestra. Wilhelmj transposed the entire solo part, which is a gem of lyric music, into C, so it fits comfortably on the G-string, the lowest string of the violin with a particularly dark and romantic timbre. The harmonic parts he wrote for piano. Though this music was later transcribed for many other instruments, it did not lose its name �Air on the G-String�.

In order to submit this score to ScoreExchange.com Christo Pavlov has declared that they own the copyright to this work in its entirety or that they have been granted permission from the copyright holder to use their work. If you believe that this score should be not available here because it infringes your or someone elses copyright, please report this score using the copyright abuse form.