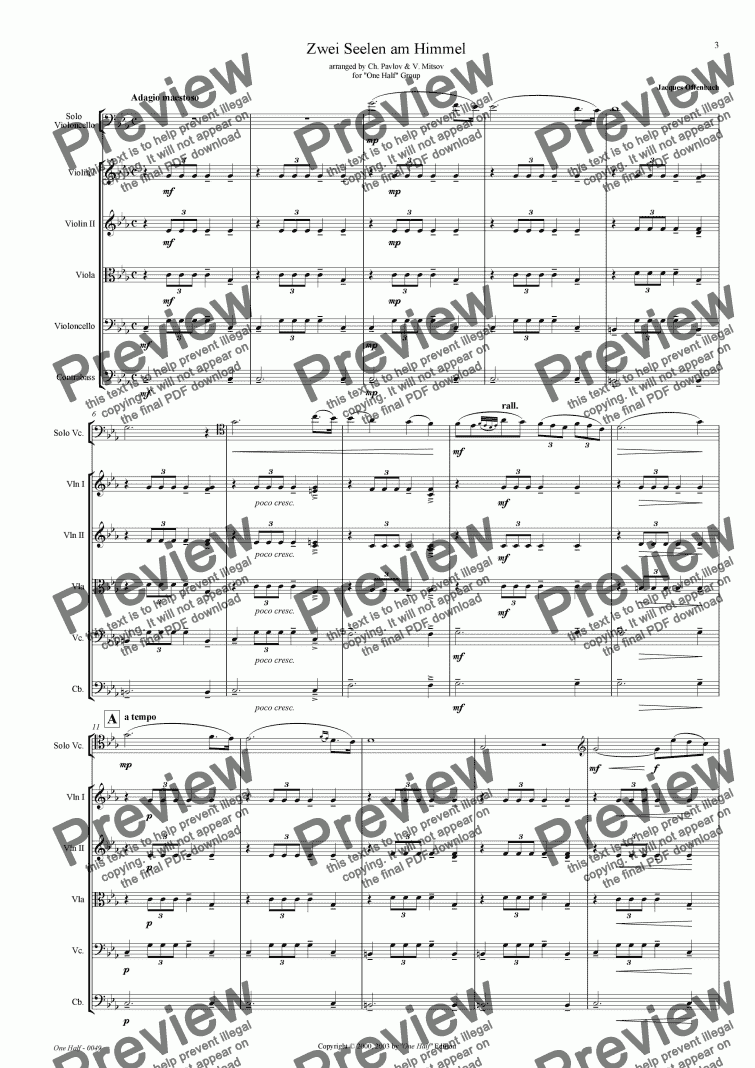 Jacques Offenbach (20 June 1819 � 5 October 1880), composer and cellist, was one of the originators of the operetta form, a precursor of the modern musical comedy. He was one of the most influential composers of popular music in Europe in the 19th century, and many of his works remain in the repertory. His most popular works are still performed regularly today. His best-known operettas in the English-speaking world are Orpheus in the Underworld, La vie parisienne, La belle H�l�ne, La P�richole, The Grand Duchess of Gerolstein.

In order to submit this score to ScoreExchange.com Christo Pavlov has declared that they own the copyright to this work in its entirety or that they have been granted permission from the copyright holder to use their work. If you believe that this score should be not available here because it infringes your or someone elses copyright, please report this score using the copyright abuse form.