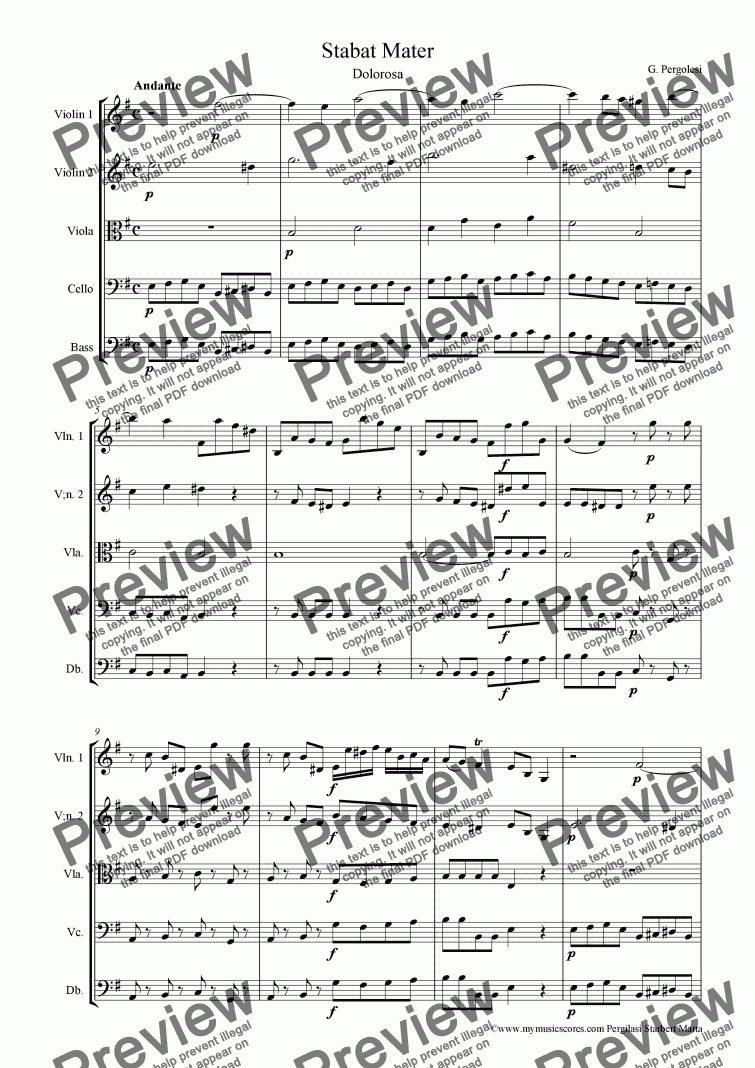 Arrangement of the first movement in a string friendly key of the Stabat.

Pergolesi was born in Jesi, where he studied music under Francesco Santini there before going to Naples in 1725 where he studied under Gaetano Greco among others. He spent most of his brief life working in Neapolitan courts.

Pergolesi also wrote sacred music, including a Mass in F. It is his Stabat Mater (1736), however, for male soprano, male alto and orchestra, which is his best known sacred work. It was commissioned by the Confraternita dei Cavalier di San Luigi di Palazzo (the monks of the brotherhood of San Luigi di Palazzo) as a replacement for the rather old-fashioned one by Alessandro Scarlatti for identical forces which had been performed each Good Friday in Naples. Whilst classical in scope, the opening section of the setting demonstrates Pergolesi's mastery of the Italian baroque 'durezze e ligature' style, characterized by numerous suspensions over a faster, conjunct bassline. The work remained popular, becoming the most frequently printed work of the 18th century, and being arranged by a number of other composers, including Johann Sebastian Bach, who used it as the basis for his psalm Tilge, H�chster, meine S�nden, BWV 1083.

In order to submit this score to ScoreExchange.com Paul Wood has declared that they own the copyright to this work in its entirety or that they have been granted permission from the copyright holder to use their work. If you believe that this score should be not available here because it infringes your or someone elses copyright, please report this score using the copyright abuse form. 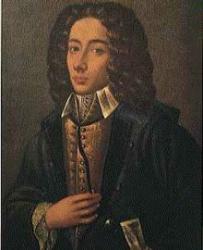