My account
Help Contact
HomeInstrumentationsString quartetCORELLI, A. - Concerto Grosso No. 10 in C Major - arr. for String Quartet by Gerald Manning

CORELLI, A. - Concerto Grosso No. 10 in C Major - arr. for String Quartet by Gerald Manning 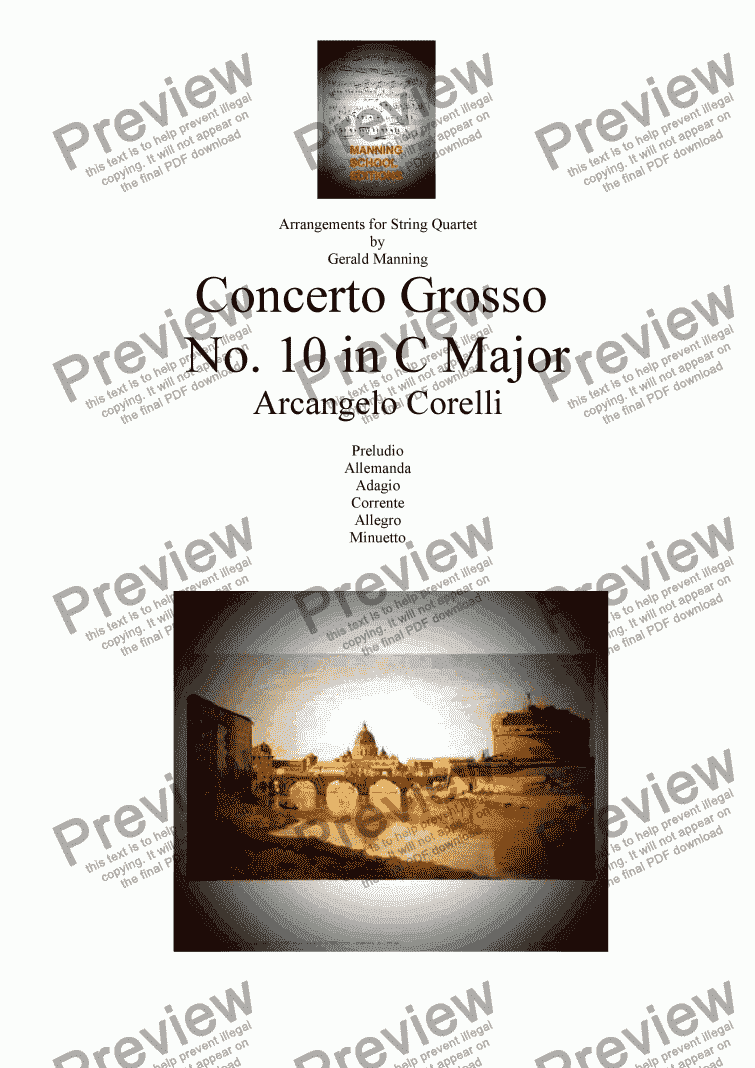 This work is the second of the four Chamber concertos known as �Concerti da camera�, which strictly preserve the character of the orchestral Suite. It is worth noting that the opus 6 �Concerti grossi� of Corelli consist of two unequal parts; the first 8 are Church concertos and are in a more serious vein compared to the more simple character of the 4 �Concerti da camera�. This of course is not to say that the Chamber concertos are subsidiary creations, on the contrary, these works show in the stricter handling of the parts Corelli�s genius at its highest. The dance movements Allemande, Courante, Gavotte and Minuet are all influenced from the French instrumental suite of the 17th century, however Corelli�s music is not essentially French in character but has metamorphosed in the creation of the composition, to a purer nobler, and at the same time are simpler melodically and more Latin in spirit. They are charming in melodic flow and rhythmic ingenuity. The fame of these Concerti da camera was widespread during the 18th century and it is easy to appreciate why this should be, as Corelli created a new style in the genre.

Reviews of CORELLI, A. - Concerto Grosso No. 10 in C Major - arr. for String Quartet by Gerald Manning