By: WA Mozart
For: Piano four hands
This music is in your basket
View basket
Loading... 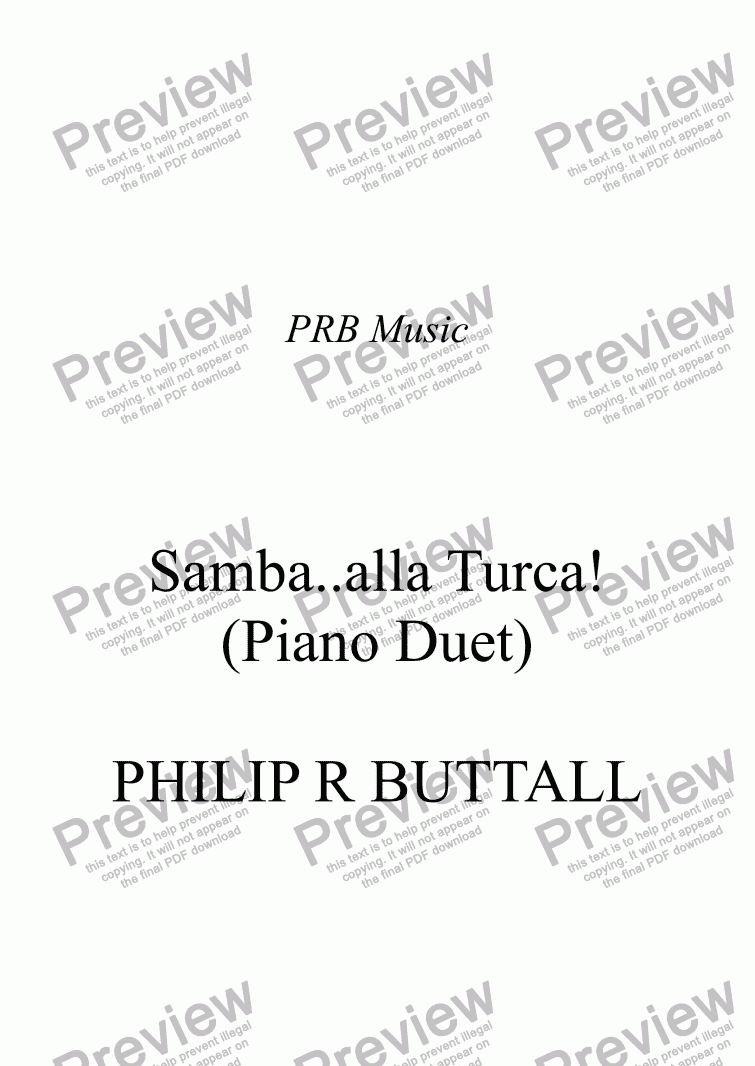 Samba..alla Turca! has proved to be very popular, in a number of different arrangements. Unlike The Lone Ar-ranger!, which was originally conceived as a piano duet, Samba..alla Turca was written first for two pianos.

A while before Christmas 2006, I had an email from a piano-duet partnership in the USA, saying that they had made their own arrangement of the two-piano version, and which seemed to work well. They are Yelena & Vladimir Polezhayev, of Long Island, NY, performing as The Long Island Piano Duo.

Now that Mozart’s birthday is officially over, I thought I would produce my own version for piano duet, particularly as the availability of two pianos is less general than a single instrument.

This new arrangement, of course, keeps most of the original two-piano design, but I have been able to add a few ’extras’ which had been developed for the myriad of other arrangements since the piece was originally written, and, just at the end, where I incorporated a snatch of the master’s C major sonata, I’ve also added a snippet of another tune which had particular significance in 2006 - I’ll say no more!

Unlike the two-piano version, the primo part is not the original Mozart, completely untouched, so if you’re a purist, I should give it a miss!!