Sign in / Register
HomeInstrumentationsString quartetEnglish Song: Anonymous - 'Have you seen but a white lily grow' - arr. for Soprano & String Quartet by Gerald Manning

English Song: Anonymous - 'Have you seen but a white lily grow' - arr. for Soprano & String Quartet by Gerald Manning 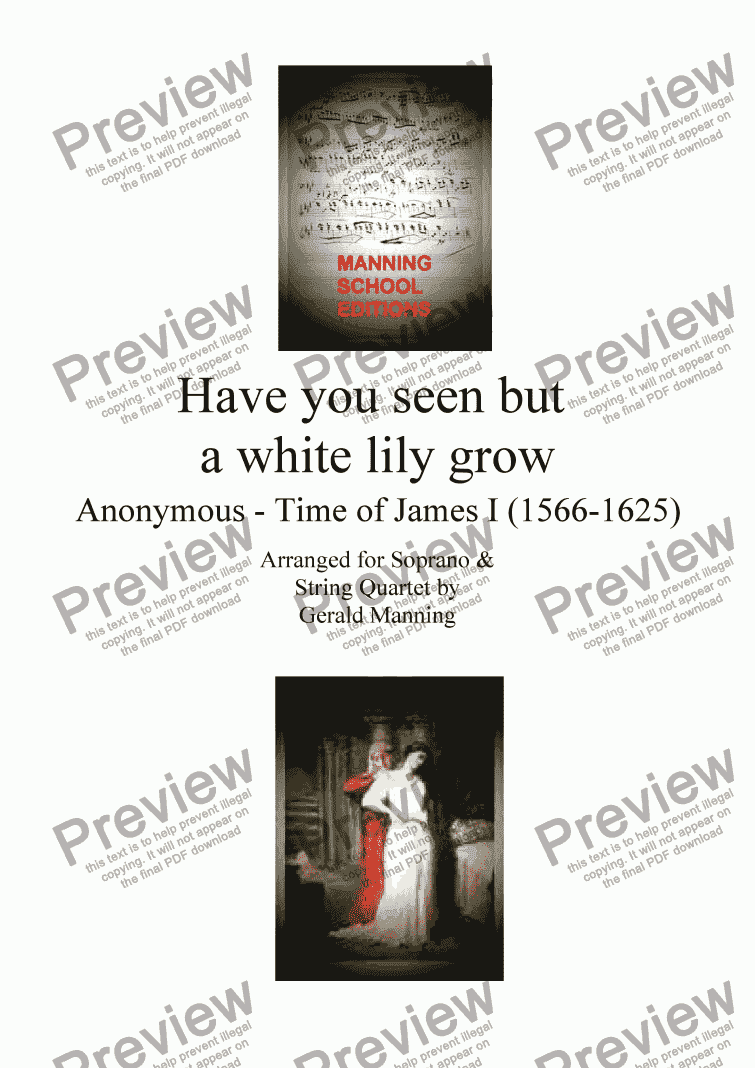 By the time of Henry the VIII the English were recognized throughout Europe as a musical nation. Erasmus writes � they excel the whole world in the beauty of their women, their knowledge of music and the excellence of their table.� The folk music of England evolved over the centuries to produce a quintessentially English quality that bore no resemblance to the folk music of any other land. The use of poetry was a powerful influence on the character of the English song and composers continually strove to fit the music closely to the poetry to add pathos to the words. In Henry Lawes collection of �Ayres and Dialogues� there are many fine examples of the marriage of sound to sense and Lawes desired to �set words with just note and accent.�

Found in various publications �The Willow Song� comes from Desdemona�s song in �Othello� and is one of the best known of the traditional Shakespeare airs. Another version is found in a little manuscript volume in the British Museum from the reign of James I with a text by Ben Jonson which is entitled �Have you seen but a white lily grow�, and it is worthwhile comparing it with the Shakespeare version, so I have arranged it as well. 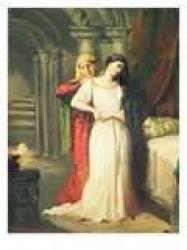 Reviews of English Song: Anonymous - 'Have you seen but a white lily grow' - arr. for Soprano & String Quartet by Gerald Manning