Sign in / Register
HomeInstrumentationsString quartetCORELLI, A. - Concerto Grosso No. 11 in B-flat Major - arr. for String Quartet by Gerald Manning

CORELLI, A. - Concerto Grosso No. 11 in B-flat Major - arr. for String Quartet by Gerald Manning

By: Arcangelo Corelli
For: String quartet
This music is in your basket
View basket
Loading... 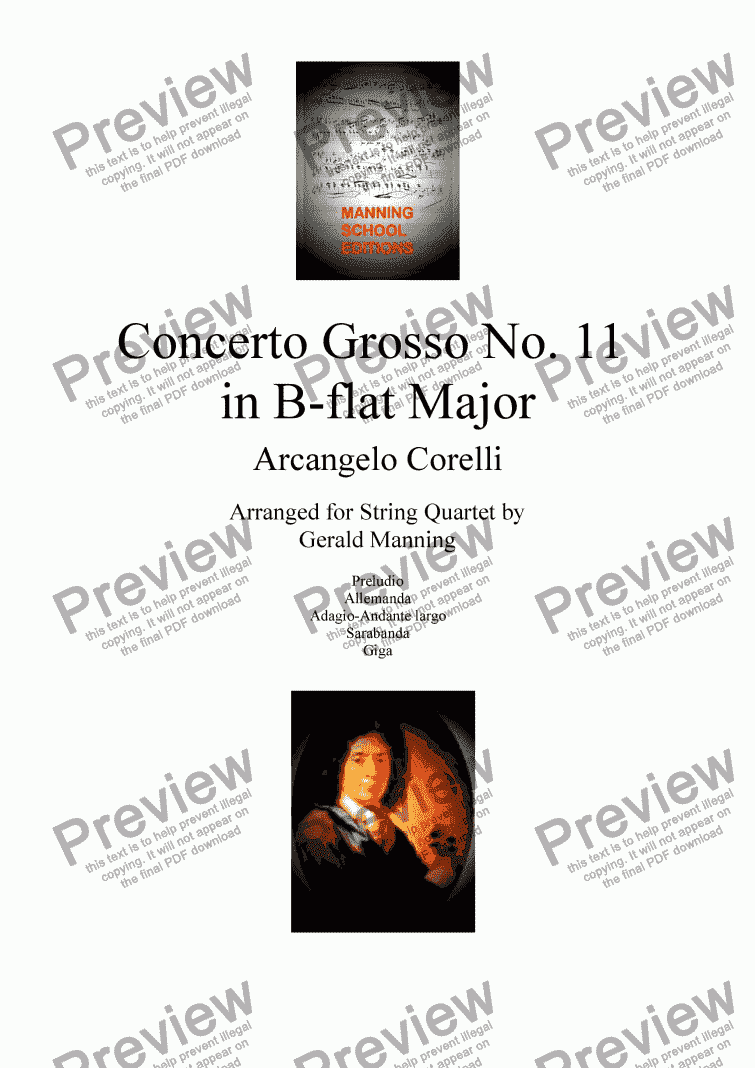 CORELLI, A. - Concerto Grosso No. 11 in B-flat Major - arr. for String Quartet by Gerald Manning

By: Arcangelo Corelli
For: String quartet

Composer
Arcangelo Corelli
Year of composition
1714
Arranger
Gerald Manning
Publisher
MANNING SCHOOL
Difficulty
Difficult (Grades 7+)
Duration
10 minutes
Genre
Classical music
License details
For anything not permitted by the above licence then you should contact the publisher first to obtain permission.

Reviews of CORELLI, A. - Concerto Grosso No. 11 in B-flat Major - arr. for String Quartet by Gerald Manning