DVORAK, A. - Humoresque - arr. for String Quartet by Gerald Manning 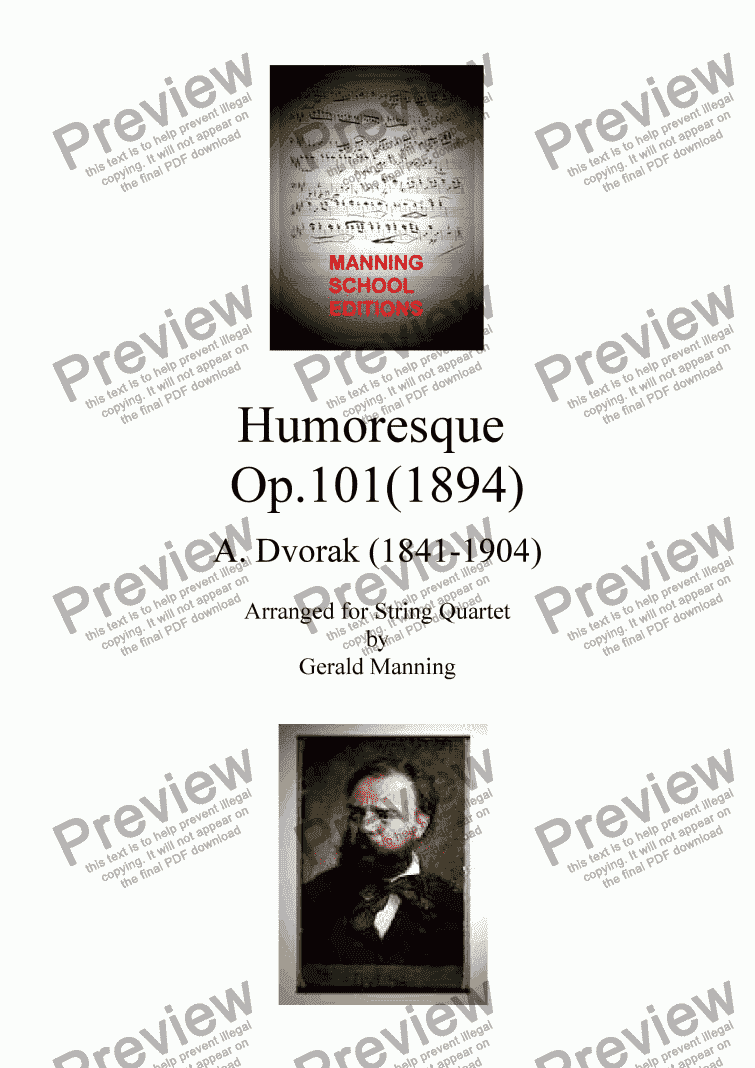 The Czech composer Antonin Leopold Dvorak was born in Nelabozeves, near Prague, on 8 September 1841 and died in Prague on 1 May 1904. He was the eldest son of an innkeeper and in 1847 he entered the village school, and began his musical education making good progress on the violin. In 1857 he enrolled at the organ school in Prague where he graduated in 1859 coming second in his class. He also studied music theory and figured bass, but it was as a viola player that he started to earn his living as a professional musician, and in 1859 he joined Karel Komzak�s dance orchestra that became the new Prague Provisional Theatre orchestra in November 1862.

Dvorak was a true musician who seemed to draw directly from the extremely rich treasure of Czech folk music. This delightful and very popular Humoresque is beautiful in sound and perfect in form. It comes from his opus 101 Piano works, which he composed in 1894.

Reviews of DVORAK, A. - Humoresque - arr. for String Quartet by Gerald Manning