A Night at the Ballet - Weber, Carl Maria von. - Invitation To The Waltz - arr. for String Quartet by Gerald Manning 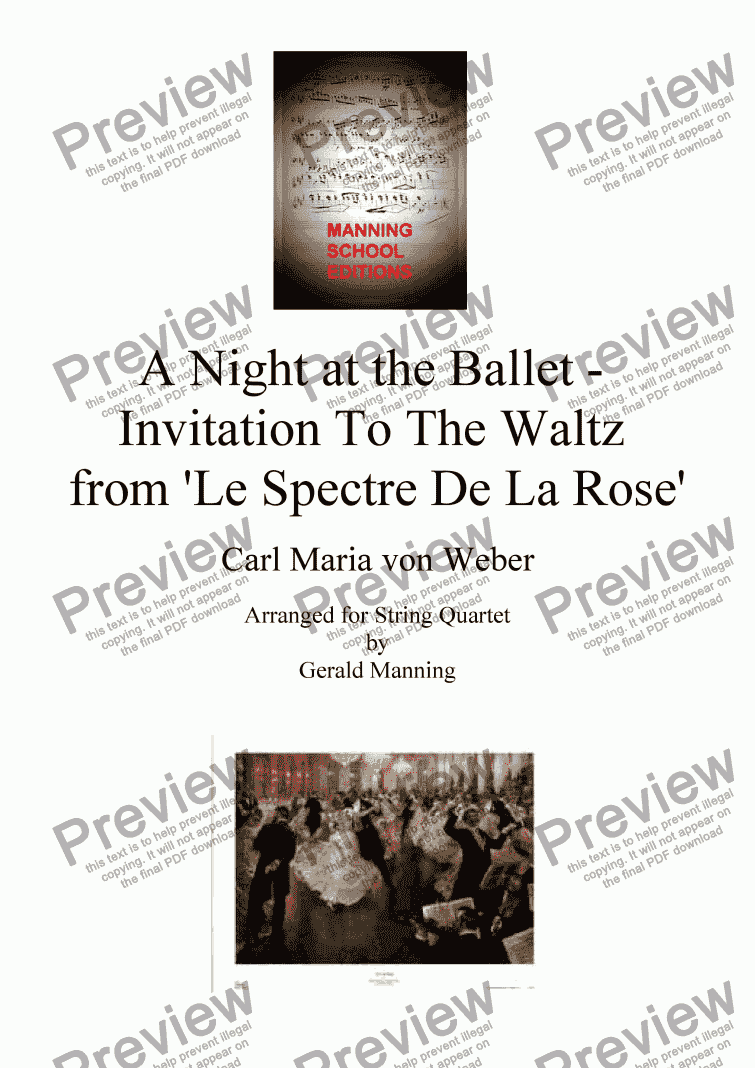 Carl Maria von Weber has rightly been called the Father of German Romanticism, but it is often overlooked that he was a contemporary of Beethoven (1770-1827) and Schubert (1797-1828). Hence he was born much earlier than one always thinks; he is truly at the crossroads of two musical currents. Although his output is tremendous – over 300 works in the chronological and thematic catalogue of Friedrich Wilhelm J�hns (whose numbering should always be used instead of the completely misleading opus numbers) he was acknowledged only in the German-speaking countries for his masterpiece, his opera "Der Freisch�tz". In the rest of the world he was just the composer of three overtures (Freisch�tz, Euryanthe, Oberon) and at best one had heard his piano rondo "Invitation to the Waltz", especially in its ballet adaptation as Le Spectre de la Rose. In relatively recent years, however, he has also come to the fore with his many concertos and concertante works, his songs, and his piano pieces - but somehow or other his symphonies have lagged sadly behind. Weber was appointed Kapellmeister in Breslau in 1804 at the amazingly early age of seventeen-and-a-half. But even at this age he knew his own mind, as he did later in Dresden: he knew exactly how he wanted the music to be played and the orchestra to be seated - in other words, no kow-towing to dear old routine. Thereby he made many enemies, and as he also had a serious accident (he drank from a bottle of what he believed to be wine, but which his father had used as a receptacle for nitric acid!) he received the sack after only two years in office. As he also had the financial responsibility for his father and aunt, the situation was drastic, and an invitation from the Duke of W�rttemberg-�ls in Carlsruhe had no relationship to the town Carlsruhe in the Rhineland. 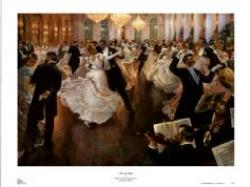 Reviews of A Night at the Ballet - Weber, Carl Maria von. - Invitation To The Waltz - arr. for String Quartet by Gerald Manning