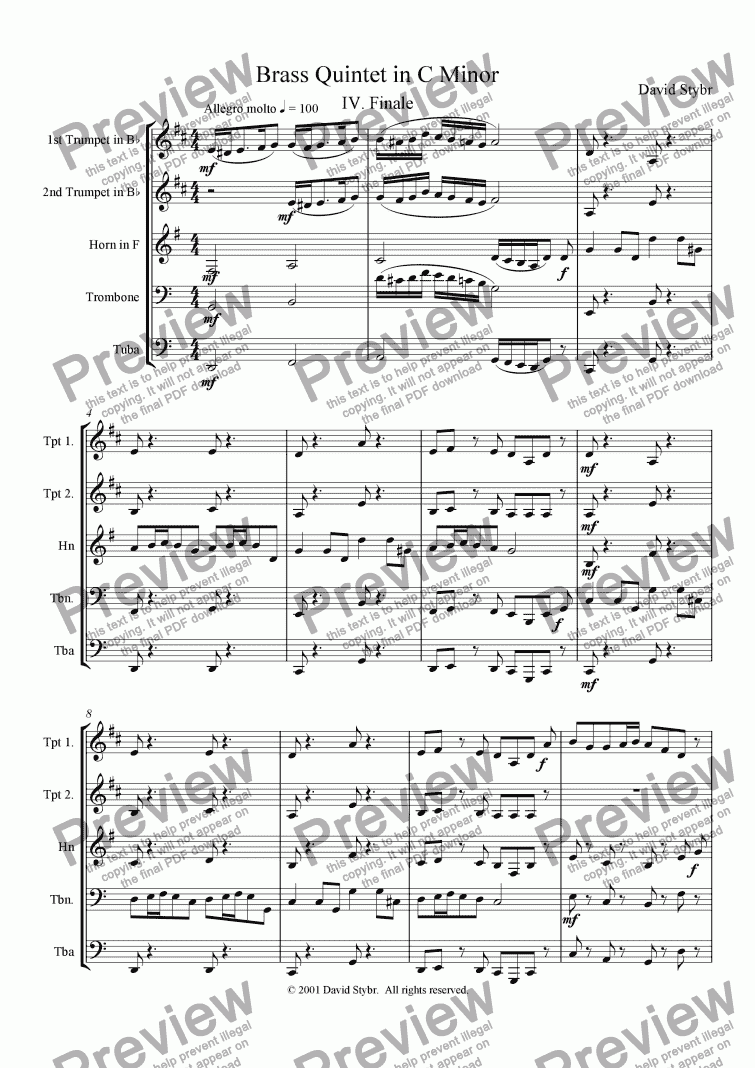 Note: This score is at sounding pitch. Parts available upon request.

Commentary by Left Brain and Right Brain. LB: "The Finale seems at first to be in rondo form, but is in sonata form. Theme I is a jaunty March in C Major, and Theme II is a stately Chorale in F Major. The exposition is repeated in slightly varied form, but with the Chorale in G Major. Fragments of both themes are in counterpoint and in augmentation during the development. The recapitulation presents the 2 themes in reverse order, followed by a very brief coda." RB: "Right you are. The Finale evolves into a tug-of-war between C Major, F Major and G Major, until G-Flat Major suddenly takes over! I need some help from Arthur 'Six Flats' Jackson, nudge nudge, wink wink, say no more! Did he compose in the flat?" LB: "Leave it to you to quote Monty Python in a musical analysis. The home key of the Finale is C Major, with F Major the subdominant and G Major the dominant. G-Flat Major is exactly between these, and the remotest possible key from C Major." RB: "Arpeggios also create some gorgeous bell-like sonorities. After all, brass instruments have bells. Well, as the trombonist once said, I'll let that slide." LB: "You might be amused that the French word for 'paper clip' is 'trombone'."