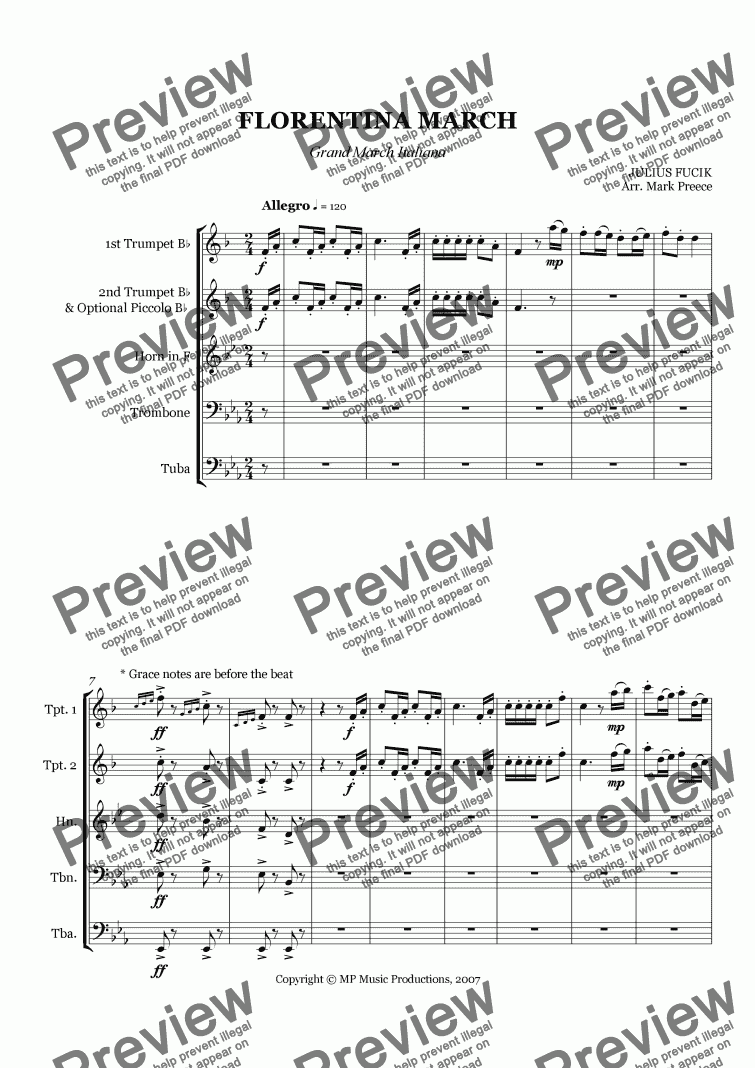 Although Julius Fucik is best known for his Entry of the Gladiators march, recent popularity polls among band directors indicate a preference for his Florentina march, subtitled Grand March Italiana. The length and content of this march lead one to believe that, like Sousa with his Free Lance March, Fucik attempted to condense an operetta into a march. The march was originally entitled "La Rosa Di Toscana" but due to political reasons, the composer was forced to change his salute from the entire region of Tuscany to its capital, Florence.

The march includes 2 fanfares; a light, floating trio melody; an interlude; and a triumphant repeat with a challenging piccolo part.

In order to submit this score to ScoreExchange.com Mark Preece has declared that they own the copyright to this work in its entirety or that they have been granted permission from the copyright holder to use their work. If you believe that this score should be not available here because it infringes your or someone elses copyright, please report this score using the copyright abuse form.