A Night at the Ballet - Chopin, F. - Les Sylphides - arr. for String Quartet by Gerald Manning 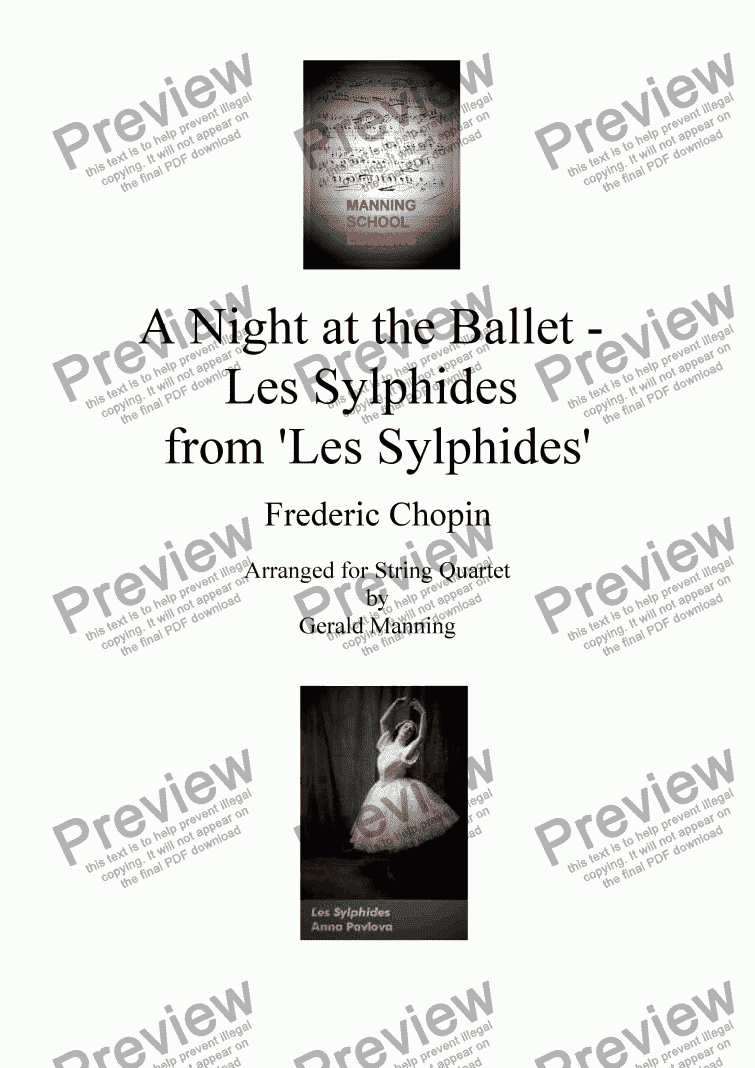 Synopsis: The ballet has no plot, that is why there is no scenario credit. It is "romantic reverie." Les Sylphides is composed of a suite of dances in the romantic atmosphere of a moonlit park. The sylphides, (magical figures, like the sylph in La Sylphide), dance with the "poet" in search of the ideal. The dances are in the following order: 1. Prelude: The curtain rises and all dancers are on stage, posed motionless. 2. Nocturne: an ensemble danced by the whole cast. 3. Waltz: a solo variation performed by a soloist. 4. Mazurka: a solo by the prima ballerina. 5. Mazurka: a solo by the lone male dancer in the cast. 6. Prelude: a solo by a different soloist. 7. Waltz pas de deux for the prima ballerina and the poet. 8. Grand Waltz: the final ensemble.

Notes: This ballet, because of its name, is quite often confused with La Sylphide. The two are quite different, in fact. Les Sylphides was originally called Chopiniana, after Chopin, the composer who wrote the music. However, the name was changed for its premiere in Paris, where the audience had recently seen La Sylphide. 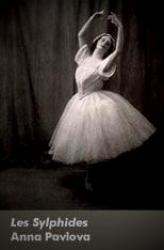 Reviews of A Night at the Ballet - Chopin, F. - Les Sylphides - arr. for String Quartet by Gerald Manning