By: Thomas Attwood
For: String quartet
This music is in your basket
View basket
Loading... 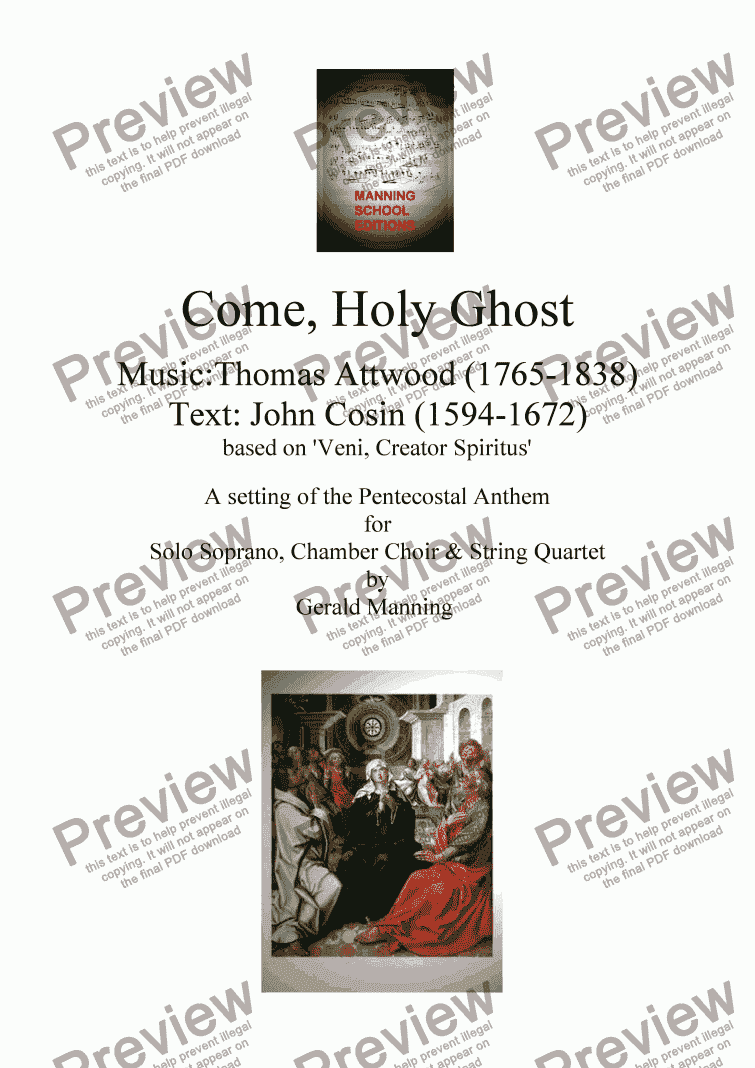 By: Thomas Attwood
For: String quartet

We know with some degree of certainty that Thomas Attwood was baptised in London on the 23 Nov. 1765, but no record regarding the date of his birth survives; he died in London on the 24 March 1838. Educated in the Chapel Royal he maintained his English connections at court by being appointed �music instructor� to members of the royal family after his return from his studies in Italy, where the Prince of Wales (later George IV), had sent him. In Naples he studied with Felipe Cinque and Gaetano Latilla, and in 1785 at the age of 20 he travelled to Vienna to study with Mozart who was 29 with just six years of his tragic life before him - he was reputed to have been a favourite pupil of Mozart, and a close friend of Mendelssohn who dedicated his op. 37 preludes and fugues to him.

In 1796 he was appointed organist at St. Paul�s Cathedral and composer to the Chapel Royal. In 1813 he became a founder member of the Philharmonic Society, and in 1823 was appointed as one of the first professors at the newly formed Royal Academy of Music.

Today Attwood is chiefly remembered for his sacred music although he composed over 30 stage works, instrumental music, songs, and glees, but most notable among his output are the exquisite anthems Turn thee again, O lord (1817), Come, Holy Ghost (1831), and Turn thy face from my sins (1835) which reflect his indebtedness to Mozart.