A Serenade for Trumpet, Cornet or Flugelhorn & Piano

By: Schubert
For: Solo Trumpet in Bb + piano
This music is in your basket
View basket
Loading... 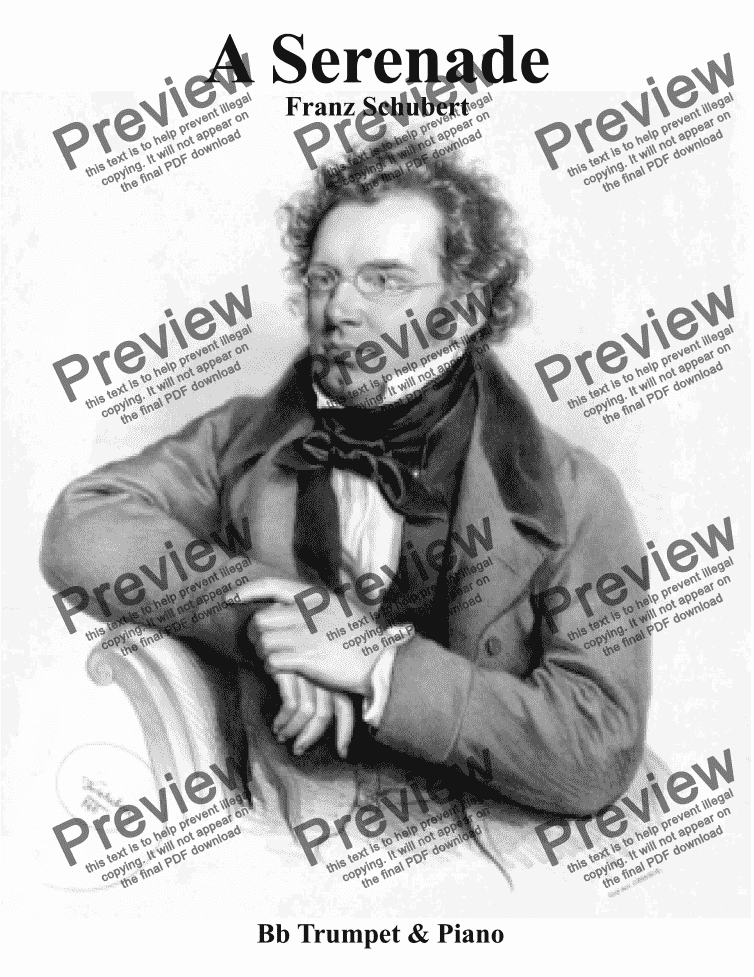 A Serenade for Trumpet, Cornet or Flugelhorn & Piano

By: Schubert
For: Solo Trumpet in Bb + piano

Composer
Schubert
Year of composition
1828
Publisher
Music for all Occasions
Difficulty
Moderate (Grades 4-6)
Duration
3 minutes
Genre
Classical music
License details
For anything not permitted by the above licence then you should contact the publisher first to obtain permission.

Arranged for Trumpet, Cornet or Flugelhorn, Schubert’s Serenade, number 4 from his Schwanengesang, D. 957, is one of his best-loved songs. The Swan Song collects Schubert’s last songs from 1828. The first seven set poems by Ludwig Rellstab. An arrangement for Bb Clarinet and Piano of Schubert’s Serenade. This arrangement would make a beautiful addition to your repertoire.

Reviews of A Serenade for Trumpet, Cornet or Flugelhorn & Piano