A Serenade for Oboe & Piano

By: Franz Schubert
For: Solo Oboe + piano
This music is in your basket
View basket
Loading... 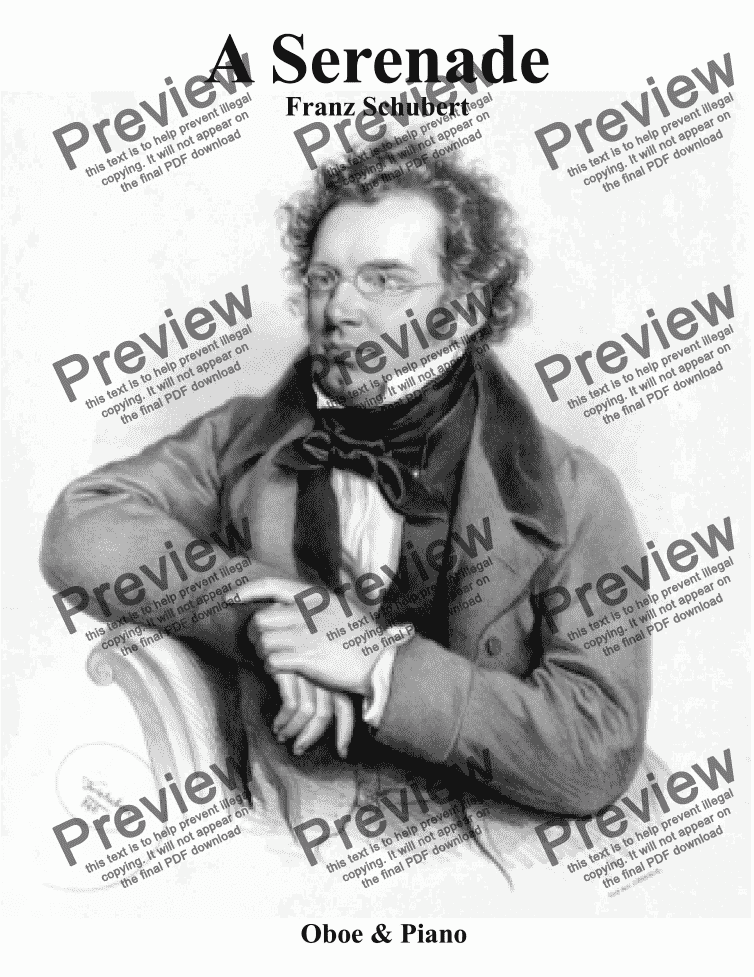 A Serenade for Oboe & Piano

Arranged for Oboe, Schubert’s Serenade, number 4 from his Schwanengesang, D. 957, is one of his best-loved songs. The Swan Song collects Schubert’s last songs from 1828. The first seven set poems by Ludwig Rellstab.

Reviews of A Serenade for Oboe & Piano