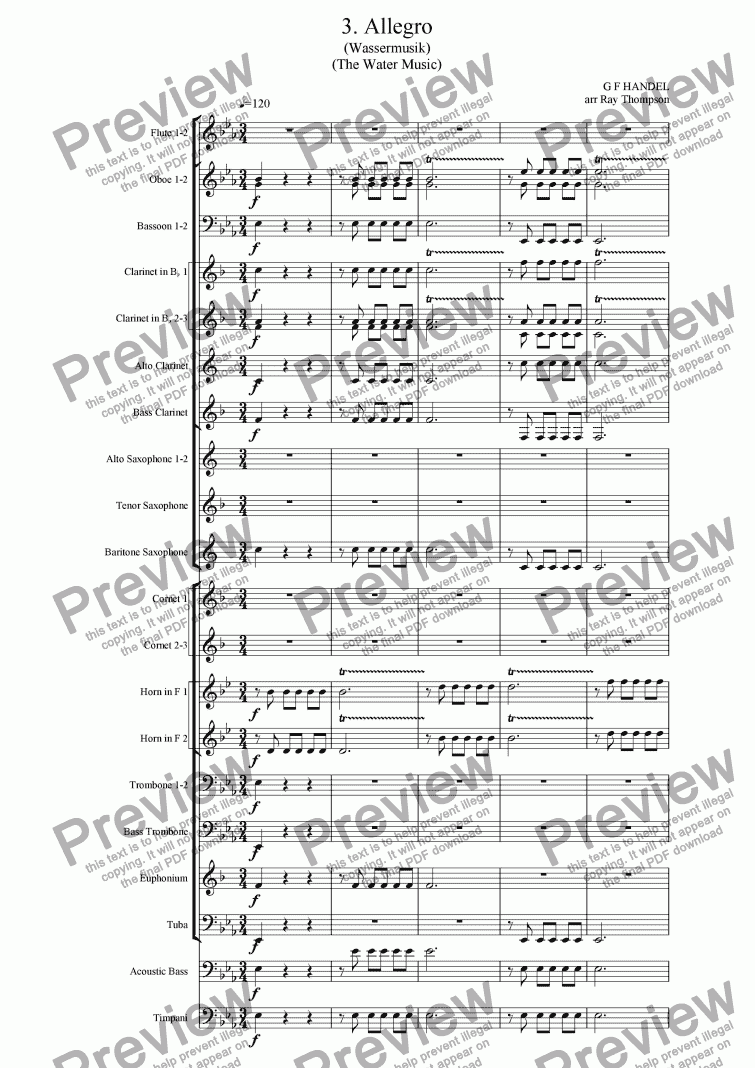 Price:
(+ VAT when applicable. Price is for score onlyPrice is for score and complete set of 20 parts)
Note: The publisher requires a minimum purchase of 1 licenses
Change currency...
You are purchasing high quality sheet music PDF files suitable for printing. You are purchasing a this music. Be sure to purchase the number of copies that you require, as the number of prints allowed is restricted.

Handel’s Water Music Suite, commonly known as the Horn suite (in F) was initially composed for a water party for the King in 1715.It was composed for strings, oboes and bassoons, and horns. It is believed that it was the first time that horns had been used in England in an orchestral setting.There are 11 movements. For a further water party in 1717 Handel included trumpets and adapted 2 of the movements (numbers 10 Hornpipe and 11 Allegro) into the key of D. He added 3 more movements including 12 Trumpet Minuet. He wrote a further suite in G (flute suite) nos15-19 for flutes and strings and it is likely that this music would have been played whilst the royal party ate supper at Chelsea.(not on the river)

For this concert band arrangement I have changed the key from F to Eb making it easier to play for most of the band, but it does need 2 decent horn players as the parts are quite exposed at the start of the movement.

This movement could be played seque after my shortened arrangement of the 1.overture.(to be added shortly)