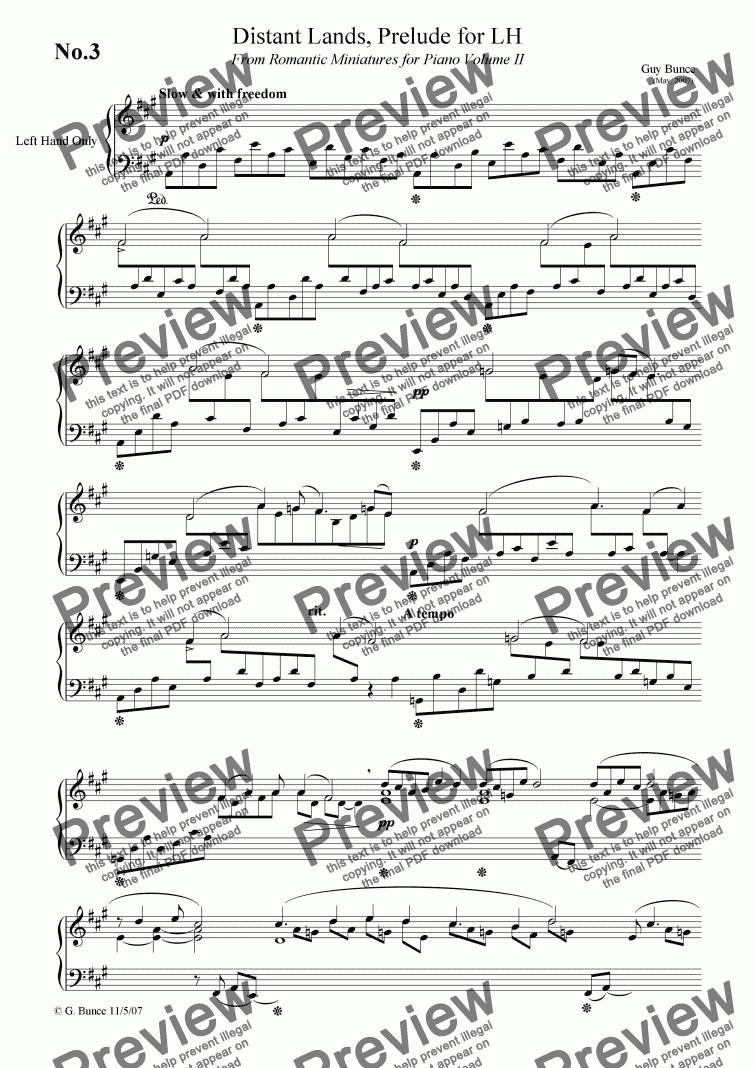 I have wanted to right a piano piece for left hand alone for a long while and so took the opportunity on the 11th May 2007 to do so. The piece that I came up with is Distant Lands, Prelude for LH which depicts the places that people go when they dream. The piece is very free and I wanted it to be played without the restrictions of bars and time signatures and so both were left out of the final score. Also, changes in pedal are few and far between in order to create a bell-like sound. The music is based around a single motif of a minor third (F#, A), first rising then falling (A, F#).

The piece beat my current record for composing time as it only took four minutes. I played around with the motif for a minute (F#, A / A, F#) and the recorded my improvisation using my Clavinova. The piece, at just over 3 minutes, is literally that improvisation. I hasten to add, it took a lot longer to create the score from the midi recording!

Distant Lands, Preludes for LH has been included in the second volume of Romantic Miniatures for Piano. The set of pieces consists of my more interesting early compositions and any romantic miniatures that I have written up to the present day. I am often called to write such pieces so the set is liable to grow in the future.

Do listen to the MP3 rather than push play!