By: Guy Bunce
For: Orchestra
This music is in your basket
View basket
Loading... 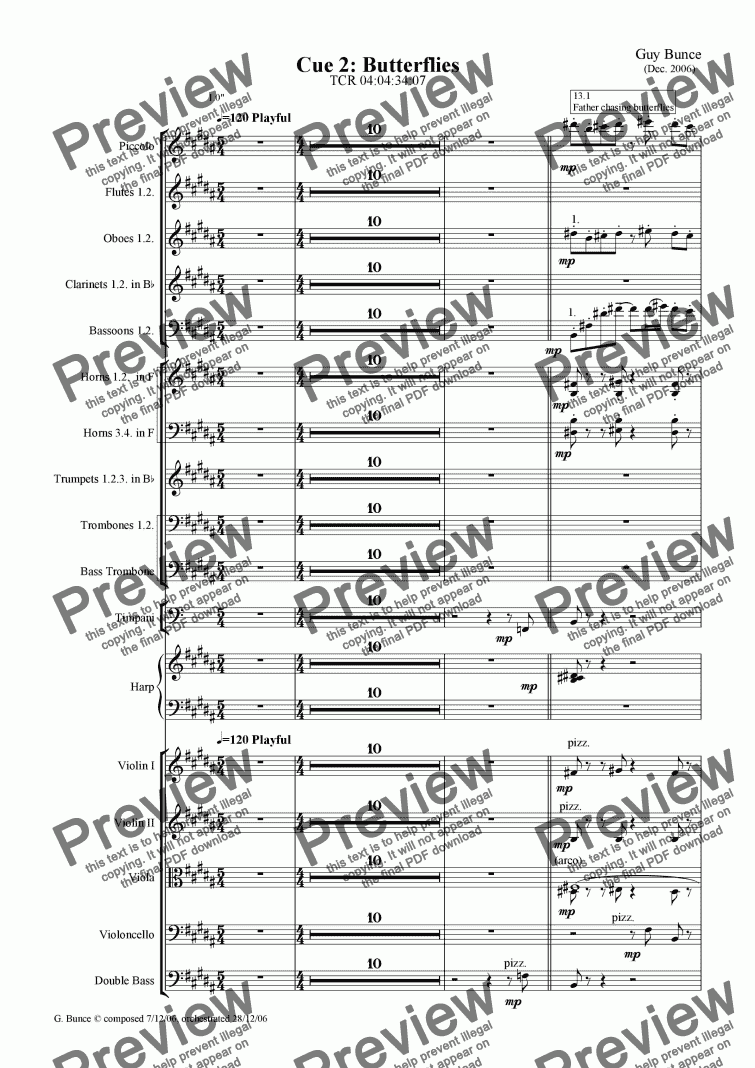 By: Guy Bunce
For: Orchestra

Composer
Guy Bunce
Year of composition
2006
Lyricist
none
Publisher
Enigma Publishing
Difficulty
Difficult (Grades 7+)
Duration
2 minutes
Genre
Other
License details
For anything not permitted by the above licence then you should contact the publisher first to obtain permission.

Cue 2: Butterflies: The father is out pursuing his hobby of collecting butterflies. He muses over the names they have and calls to the boys who are playing near by. The light-hearted score to this scene is based on the Father motif. This is presented and developed. As the father muses over the latin names of the butterflies (bar 21, TCR 04:03:56) a new idea is introduced which employs the movies Main Theme and the Father motif. This is interrupted by small outbursts as the boys are called on and appear. The new idea is further developed before the boys appear again just before the end of the cue.