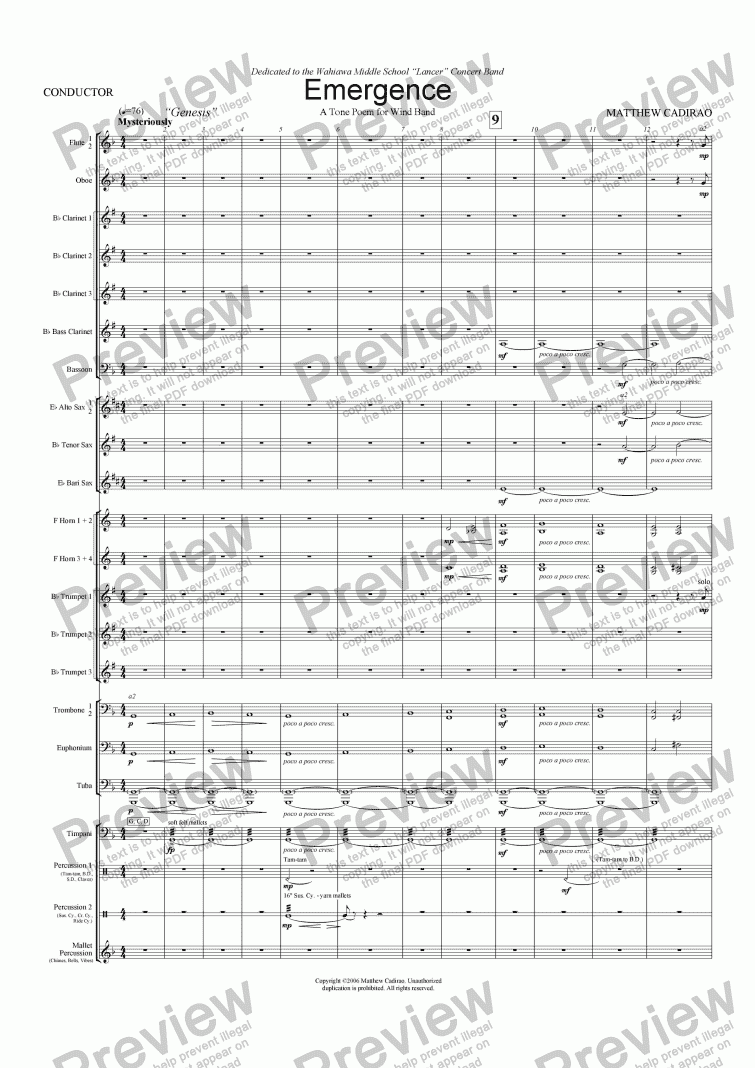 (From my program notes): Emergence depicts a musical journey through a timeline of our society. Emergence showcases the emergence of mankind from its inception to its hopeful future, all while exploring its ever-changing yet cumulative nature. For millennia, we have suffered many hardships and difficulties, but have still prospered to this day. Emergence celebrates humanity, as it has grown from a mysterious presence into a wonderfully advanced and diverse group.

I. Genesis � Quietly opening and building (symbolizing the pre-human period) until the glorious point where humanity is founded and recognized. II. Rise and Fall � Introduced by a quiet saxophone solo which accompanies aseries of aural rises and falls ultimately growing to a dominant section, which quickly collapses. This section represents the �rises and falls� of ideas, beliefs, and phases that societies undergo during their lifetimes. III. Renaissance � An ode to the reform in societal structure and complexity, marked by a short march but followed by an extended variation of a secondary theme from the previous section. A �rebirth� of humanity is also presented. IV. Beyond the Horizon � Written in major key to emphasize the optimism and hope for the future. Bits and pieces of the previous three sections are combined to create a driving, powerful conclusion.