Clash of the Ironclads March 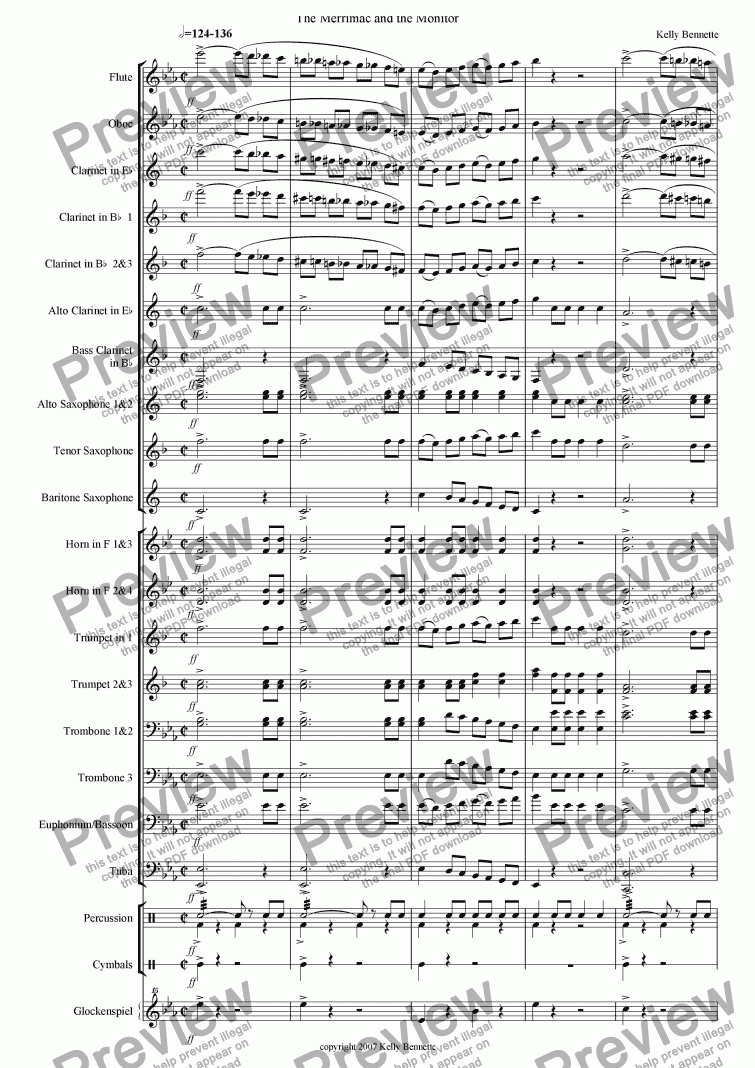 The Merrimac was a Union ship captured by Rebels during Civil War. After sinking the Cumberland and the Congress, the Merrimac was soon pitted against the Union Monitor. The Merrimac had superior firepower, but was not as manuverable as the Monitor. The Monitor could easily out-manuever the Merrimac, but had far less artillery at her disposal. While neither ship significantly damaged the other, a new era of naval warfare had dawned.

In order to submit this score to ScoreExchange.com Kelly Bennette has declared that they own the copyright to this work in its entirety or that they have been granted permission from the copyright holder to use their work. If you believe that this score should be not available here because it infringes your or someone elses copyright, please report this score using the copyright abuse form.

Reviews of Clash of the Ironclads March