Sign in / Register
HomeInstrumentationsSolo instrument + pianoJazz it up: ’When the Saints Go Marching In’ for Vibraphone & Piano

Jazz it up: ’When the Saints Go Marching In’ for Vibraphone & Piano

By: trad.
For: Solo Vibraphone + piano
This music is in your basket
View basket
Loading... 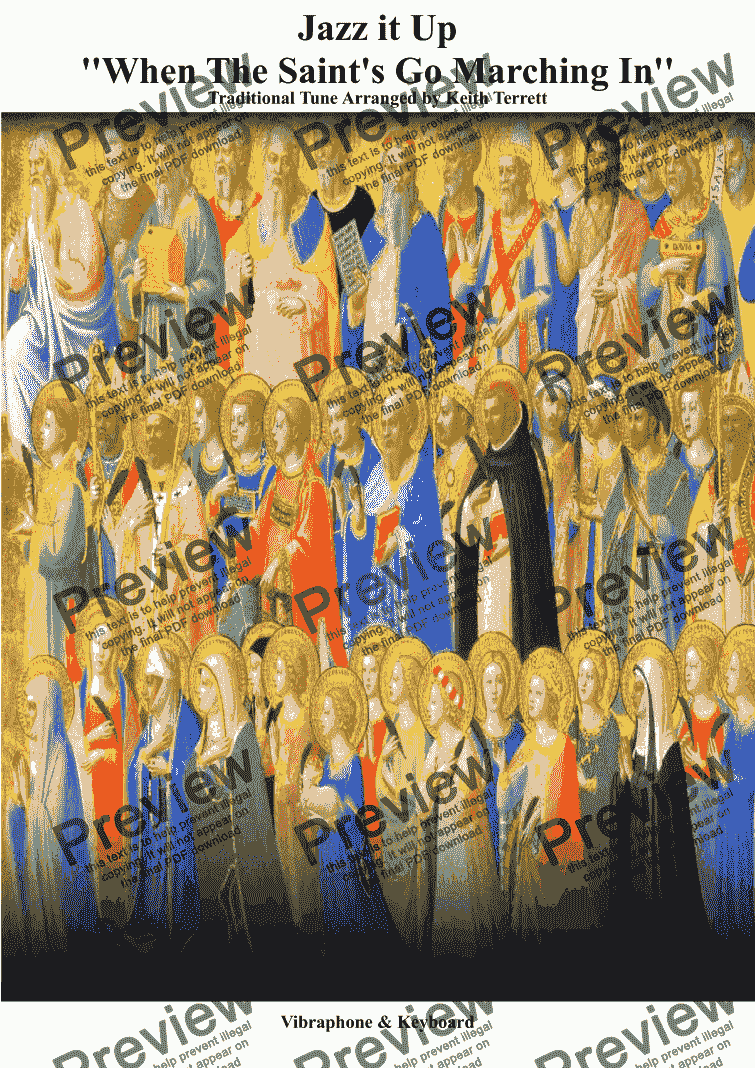 Jazz it up: ’When the Saints Go Marching In’ for Vibraphone & Piano

By: trad.
For: Solo Vibraphone + piano

Composer
trad.
Arranger
Keith Terrett
Publisher
Music for all Occasions
Difficulty
Easy (Grades 1-3)
Duration
2 minutes
Genre
Jazz music
License details
For anything not permitted by the above licence then you should contact the publisher first to obtain permission.

A new series entitled ’Jazz it up’’, aimed at younger mallet players wishing to explore the jazz idiom, but who are not yet improvising.

Instrumentalists may improvise on the repeat if wished.

Reviews of Jazz it up: ’When the Saints Go Marching In’ for Vibraphone & Piano